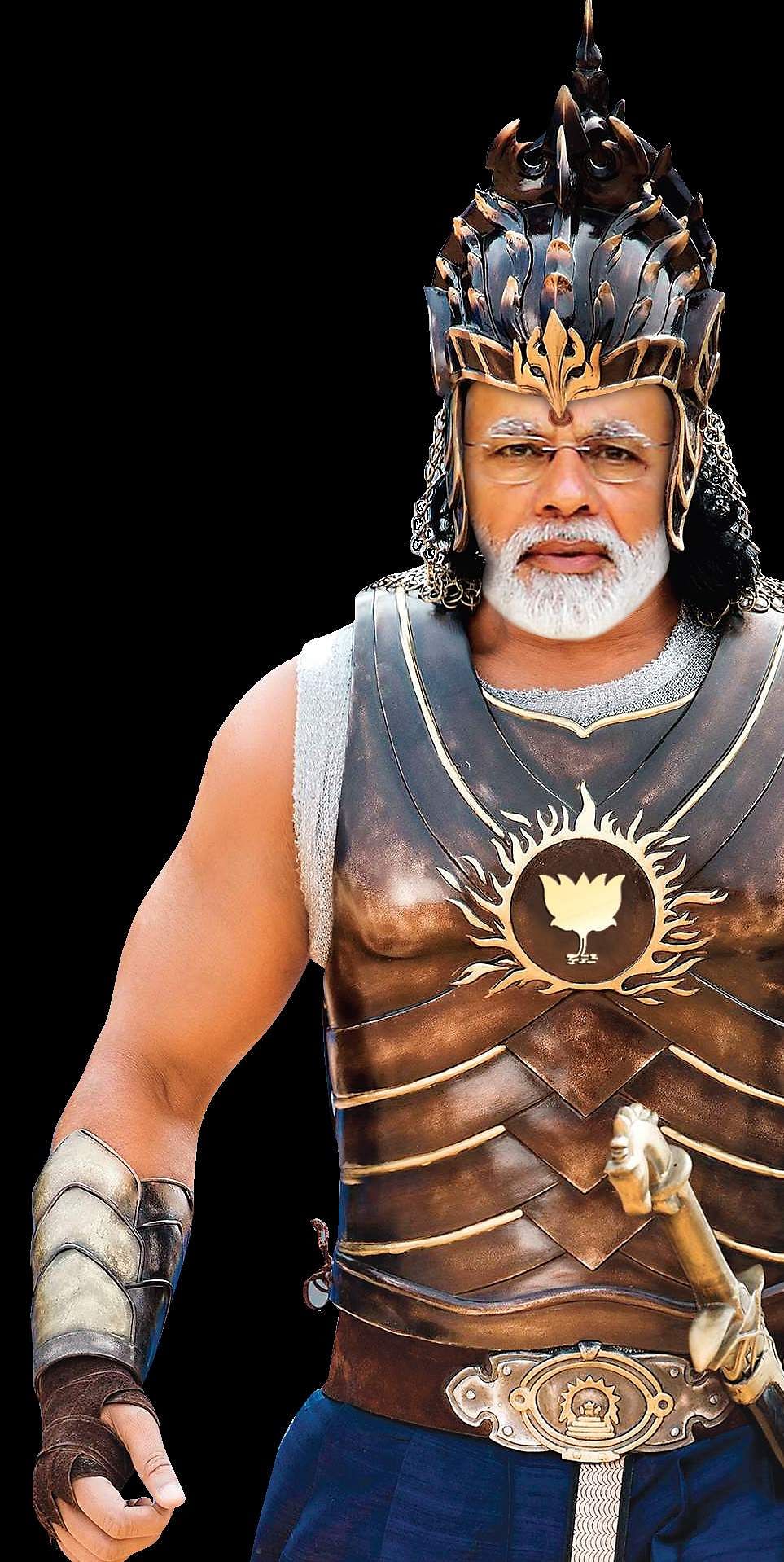 Prime Minister Narendra Modi has defined India’s decade with several surprises. India and the world at large have been witness to his unconventional methods of dealing with geopolitics as well as domestic issues. From leading the BJP to get a single-party majority in the Lok Sabha, transforming the Nehru-era Planning Commission into a policy think-tank called Niti Aayog to the disruptive anti-black money op through demonetisation of old high-denomination currency notes and surgical strikes across the LoC, the political outsider in an imperious 2014 Indraprastha has many firsts to his credit.

As the BJP-led NDA government is set to complete three years on May 26, more surprises are in store in India’s policy firmament in the two crucial years before the country goes to polls in 2019.

Three years is a long time in politics, but seemingly short for a New India that the PM is dreaming in New Delhi. He has his task cut out, and the list seems to be endless: Neutralising a hostile Pakistan with an uncompromising stance on Kashmir, tackling the Maoist menace with an iron hand, bringing a perennially violent Kashmir Valley to heel, raising the scale of war on black money, maintaining the Mr Clean image through decisive actions against UPA-era corruption, taming an increasingly dominant China, etc. Politically, Modi has to go miles—he has to spread the BJP’s footprint in states—from West Bengal and Odisha to Tamil Nadu.

In January 2014 at Delhi’s politically-surcharged Ramlila Ground, Modi as BJP’s PM candidate had sought just 60 months as against the Congress’ 60-long years to rule India. Now, as his regime completes 36 months, it sits pretty on several growth indicators, creating an environment of political as well as economic stability. As on March 31, 2014, India recorded a GDP growth of 6.6 per cent in 2014 which rose to 7.1 per cent in 2017 (March 31).

In another good news that impacts the aam aadmi, retail inflation dropped to a multi-year low of 2.99 per cent in April over the last year, owing to lower cost of food items, including pulses and vegetables. In March 2014, the figure was 8.31 per cent.

Moreover, the government’s move to exempt education and healthcare from the GST net offers to absorb some initial shock for the common man.

Through a series of pro-poor measures, schemes and innovative policy catchphrases such as Smart Cities, Swachh Bharat, Make in India and Digital India, the government has put in place a systemic framework that promises to make the path of growth smooth. For that to happen, the government has to raise the edifice of deliverance on the foundation that it has built in the last three years.

SMART CITIES MISSION
Aims to create 100 smart cities by 2019 through all-round infrastructure development, which would benefit about 13 crore urban population.

done: Area development plan for necessary core infrastructure is under implementation in 60 cities. Investment of Rs 1,33,368 crore approved. Projects in 20 cities at a cost of Rs 1,600 crore are close to completion.

to be done: States have been asked to speed up. Infrastructure development works to be started in 40 cities. Projects worth Rs 30,000 crore would be awarded by June.

Total 4,041 cities and towns have to be made open defecation-free (ODF) by 2019. Eradication of manual scavenging, municipal solid waste management and behavioural change in people are other main aims.

done: Andhra Pradesh and Gujarat, and 633 cities have been declared ODF. Door-to-door collection and transportation of solid waste have been achieved in 39,995 wards of the total 81,015. About 32 lakh household toilets, 1.25 lakh community and public toilets have been built so far at an estimated cost of Rs 62,009 crore.

to be done: Over 3,400 cities have to be targeted. Besides, solid waste collection has to be implemented in over 41,000 wards.

AFFORDABLE HOUSING
Aims to provide accommodation facilities for urban poor with the target of two crore houses by 2019.
done: 3.55 lakh houses built in the last three years, of 18.76 lakh sanctioned.

to be done: States to speed up the process. Government has to provide about 1.78 crore more houses under the scheme.

To ensure that every household has access to a tap with assured water supply and a sewerage connection, to increase the amenity value of cities by developing greenery and well-maintained open spaces, and to reduce pollution by switching to public transport
or constructing facilities for non-motorised transport in
500 cities.
Work done: City-wise service-level improvement plans and consolidated state action plans for almost all mission cities approved with a cost of Rs 77,000 crore. Projects worth Rs 12,000 crore have been awarded for execution.
Work Pending:  Rs 12,000 crore of Rs 77,000 crore have been awarded for execution. Projects worth more than Rs 65,000 crore need to be awarded.

■ Launch of UDAN is the first-of-its kind scheme globally to stimulate regional connectivity. Tier-3 and tier-4 towns will be connected via the scheme.
In just last one year, 33 airports have come up in the country.
■ India will soon have a no-fly list that will bar unruly passengers from flying.
■ Caps lifted for foreign investors. Now, a foreign airline can invest up to 49 per cent directly and up to 100 per cent in association with FIIs (Foreign Institutional Investor) in the sector.

Jammu & Kashmir
Rs 80,068 crore announced under the Prime Minister’s Development Package for Jammu and Kashmir on November 7, 2015. Rs 19,961 crore released so far.
The package consists of 63 projects concerning 15 Union ministries that are in various stages of implementation.
■ Under the UDAAN scheme, 84 corporate houses have partnered with National Skill Development Corporation to train youths from J&K. A total of 30,935 candidates have been selected of which 26,693 have joined training, 18,744 have completed training and 9,904 have been offered jobs.

Naxal Situation
■ In March 2015, the new multi-pronged ‘National Policy and Action Plan to address Left Wing Extremism’ was drafted, to eliminate the menace in the “shortest possible time frame by using any element of the country’s national power”.
■ To make CRPF a world-class counter-insurgency force, 39 more battalions to be raised during the next four years
■ Raising of 10 battalions with an outlay of about Rs 400 crore is underway
■ The Bastariya Battalion, comprising tribals from Bastar region under the CRPF, is also on the threshold of being raised
■ Another 10 battalions to be raised in the next fiscal
foreign policy

India joined the elite group of Missile Technology Controlled Regime (MTCR) with US support
The country’s ‘neighbourhood first’ policy has seen strengthening ties with all SAARC nations, barring Pakistan
■  SAARC satellite
■ Clinched a Land Boundary Agreement with Bangladesh that involves exchange of conclaves to solve land dispute
■ Bolstered ties with Afghanistan through successful execution of development project of Salma dam
■ Persuaded Colombo to respect India’s strategic concerns, including denial of permission for Chinese submarine to dock there
■ The India-Africa Forum Summit in 2015, participated by 58 nations, saw New Delhi’s commitment to massive developmental assistance to the African continent
■ The government bolstered ties with the Arab world with PM Modi undertaking hugely successful visits to Saudi Arabia and UAE, considered close allies of Pakistan
■ The government managed to persuade Australia to permit export of uranium for energy-starved India’s civil nuclear programme. Japan has also committed to increasing assistance for New Delhi’s crucial infrastructure projects.
■ After making four trips to the US, the watershed moment came when PM Modi declared in the US Congress that a “new symphony is in place”. This engagement has boosted by a string of defence deals, the latest of which is the one for procurement of ultra-light howitzers from that country.

Strength of judges increased from 11,682 in 2015 to 16,070 till date in subordinate courts
■ 1,159 obsolete laws were struck down
■ Integrated Case Management system launched in the Supreme Court to make it paperless
■ For ease of doing business, India introduced new arbitration act and establishing commercial courts
■ Merging of tribunals to reduce the number from 36 t o
18 is under process
■ All India Judicial Services Examination on the lines of UPSC soon