Modern education welcome, but state must help out

Chairman, Islamic Centre of India, tells Namita Bajpai of The Sunday Standard that before introducing modern education in madrasas, the Government must equip them with requisite infrastructure. 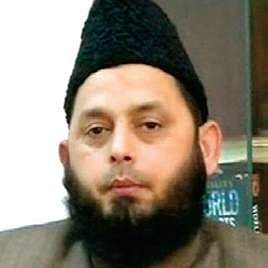 The BJP Government has decided to introduce NCERT books in madrasas. Your reaction?
I have welcomed the State Government’s decision with the condition that it would have to provide trained teachers for all the new subjects that they are contemplating introducing. In majority of madrasas, subjects like English, mathematics and science are being taught but only at the elementary level. If they have to be taught at a higher level, trained teachers have to be there.

Is it feasible to introduce such subjects along with Islamic religious and theological courses?
Those associated with the field of education need to sit together and deliberate if it would be possible for a student, already studying courses in the Holy Quran, Hadith, Islamic law and history, Arabic and Persian languages and grammar, to grasp subjects like maths, physics, chemistry, political science etc. Will it not be too taxing for the students? Why are these subjects being introduced only in madrasas and not in the religious education institutions run by Hindus or Sikhs?

Do you think this move is a tool to target a particular community?
I do not want to comment on this issue. I just want them to decide if a student would be able to study so many subjects at a given time. At the same time, a call should be taken about the purpose behind setting up madrasas. I feel the introduction of English and computer will be relevant, but other subjects won’t serve any purpose.

Are the madrasa students considered at par with Government school students?
The certificate of the UP Madarsa Board is equivalent to Intermediate (Class XII). Its is counted while taking admissions in institutes of higher education, but doesn’t give eligibility for government jobs. Now the deputy CM has said these degrees will be at par with any other university degree. These degree holders can appear in all competitive exams and will be eligible for government jobs. In that case, I welcome the move.

Are madrasas equipped to start courses in practical subjects like physics, chemistry etc?
No. That’s why we request the Government not to make a mess of madrasa education. If they are serious about the move, they will have to help the madrasas with well-equipped laboratories along with adequately trained teachers and lab staff. I wonder if the government will be able to do that, given the condition of its own schools and colleges. Only 3% muslim children go to madrasas. What about the rest ? Decisions like the crackdown on slaughterhouses, demonetisation and GST have rendered thousands of Muslim families without sources of livelihood. Their children are sitting at home without education. The government should also pay attention to their plight.

Apart from becoming clerics and ulema, what jobs do madrasa degree holders get?
They open their own madrasas to teach Islamic jurisprudence and theology. They are also in high demand in European countries and the US as priests.