The truth of multiple truths

Picking a leaf out of the Jain philosophy of Anekantavada, that stands for multiple realities, Bharatanatyam dancer Geeta Chandran has found resonance of it not only in her heart, but also in the rhyt

Picking a leaf out of the Jain philosophy of Anekantavada, that stands for multiple realities, Bharatanatyam dancer Geeta Chandran has found resonance of it not only in her heart, but also in the rhythm of her feet.
Through the story of Ravana, Chandran presents a visual dialogue exemplifying the same through the epic.

Ravana is considered a staunch Shiva Bhakta even though the world sees him as evil. But Valmiki’s Ramayana shows his sensitive and romantic side too, which Chandran found intriguing. “The universal villain has a soft underbelly,” she sarcastically laughs. And because she has a weak spot for stigmatised characters in mythology, she thought of this an opportune chance to examine Anekanta in the subtext of this popular historic narrative. 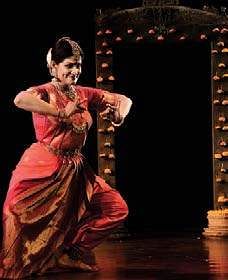 The doctrine is felicitous in all circumstances—social, political, personal or cultural. “Looking at the world through mere binaries is such a myopic way to exist. Life, and especially the Indian way of life, is so much more. It’s complex, interwoven, and more integrated,” says Chandran.

Saris woven by Muslim weavers become offerings in Hindu temples. There is so much tolerance and togetherness woven into our social and economic lives. Some shrill voices are trying to mute that, according to the dancer, who feels disturbed by pettiness. As an artist, she had utalised her medium of dance to voice her concerns. “Anekanta is my vote for space for many realities and for accepting multiple truths. The apocryphal tale of blind men assessing an elephant, none gets the whole picture. But the elephant is so much more than the perceived sum of its parts. That realization  is Anekanta,” she says.

The presentation by the designer will mark the India Habitat Centre’s twentieth anniversary, and Chandran has been a veteran here. She recalls how the centre was so rudimentary when it started. Today it has evolved into a hyper performance venue.

The way she expresses herself is an anecdote to that time many years ago, when she had made a brave spontaneous decision. She was 25 years old then and had been dancing since the age of five. To please her parents, she even graduated in Maths Stats from Lady Shri Ram College and completed a Masters in Communications from the IIMC. “But something was gnawing me from within. Dance was pulling me from within. Time had come to make a decision,” she says. She went to her then Guru, K N Dakshinamurthy, and asked him if he would mentor her. He agreed and the rest is a happy memory.
November 27, at 7 pm, Stein Auditorium, India Habitat Centre, Lodi Road.