Women entrepreneurs yet to make a steady start

In a state with a high sex ratio, women are still eons away from cracking open the male-dominated start-up glass ceiling.

KOZHIKODE : In a state with a high sex ratio, women are still eons away from cracking open the male-dominated start-up glass ceiling. A report published by the Kerala Start-up Mission (KSUM) shows, of the 757 technology start-ups in the State, only four per cent and 13 per cent were founded and cofounded, respectively, by women.KSUM CEO Saji Gopinath said in the global technology start-up space, women presence was dismally low compared to men. “In Silicon Valley, the dreamland of all start-ups, women founders and co-founders were pegged at a measly 17 per cent.

However, if we consider service and college start-ups, the number is reassuring. In the service sector, many women are leading the pack as founders and co-founders. The same is the case with college start-ups as well,” he said.The reason for the low presence of women in the start-up scene is the long-term risks and high-failure rates in technology start-ups, observes Gopinath, “KSUM will initiate a research on it soon.”
Many women entrepreneurs opined that support from family was a crucial factor. 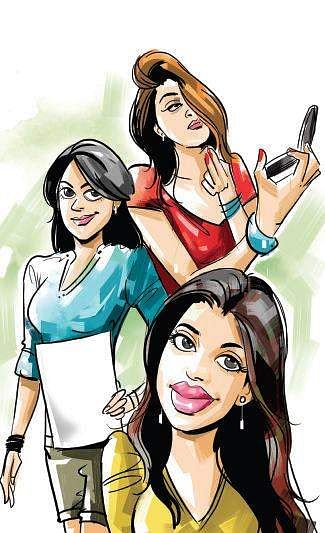 Rasmi Poduval from Thrissur, an IIMBengaluru graduate who started Seamstress, an online handloom shopping start-up in 2011, said she brought her children along on most business trips. Luckily for her, her family was very supportive. Her mother-in-law brought her into their family business. Later, Rasmi set up her own company.

Shabna Baig of Enzyne HR Solutions has a different story to tell. As she planned to convert her human resource solutions company into a technology- based HR firm, she approached public sector banks and other financial firms in the State. “When I decided to launch a smartphone app for providing human resource solutions to customers, I approached many banks. But, no one gave me a loan. They even rejected my applications for loan exclusively meant for women entrepreneurs,” she said.

‘The system demotivates ambitious girls’
“In our society, ambitious girls face many limitations. Every time, the system around the girl tries to demotivate her. If she overcomes it, she wins. To succeed, she needs more will power,” said Anjali Chandran of Impressa, a handloom tech start-up that she started in 2014 after quitting her job in Wipro.
Though her family was very supportive, others tried to discourage her, recalled Anjali. “During the initial stages of building a start-up, the founder needs to spend more time on it.

I began after the birth of my girl. Fortunately, I got support from my family to spend time to build my company,” she said.“Our society thinks that if a girl quits her job or doesn’t have a job, she should take care of her family and children and not try to build a company. I got severe criticism from people because I left a ‘good, safe job’ and started my own venture,” she said.

Special schemes for funds
On the hassles women faced in fund-raising, KSUM CEO Saji Gopinath said, “Special schemes will be designed to promote women founders and co-founders.” In the programmes KSUM conducts for startup founders, lots of girls are participating. Saji Gopinath hopes they will become entrepreneurs in future.