The silence of monotony was shattered by the creative roars of the arts in 2014, in the otherwise dreary village of Ichol in Maihar city of Madhya Pradesh. In that moment, the place rose out of drabne

DELHI: The silence of monotony was shattered by the creative roars of the arts in 2014, in the otherwise dreary village of Ichol in Maihar city of Madhya Pradesh. In that moment, the place rose out of drabness. Art Ichol, a platform for creating, sharing and promoting the creative arts, established itself in the middle of nowhere, leading to a dramatic transformation. The centre used the powerful tool of art to make a statement about the regions disappearing cultural and social practices. A manifestation of these efforts are seen in Disappearing Dialogues, an exhibition-cum-haat hosted by Art Ichol. 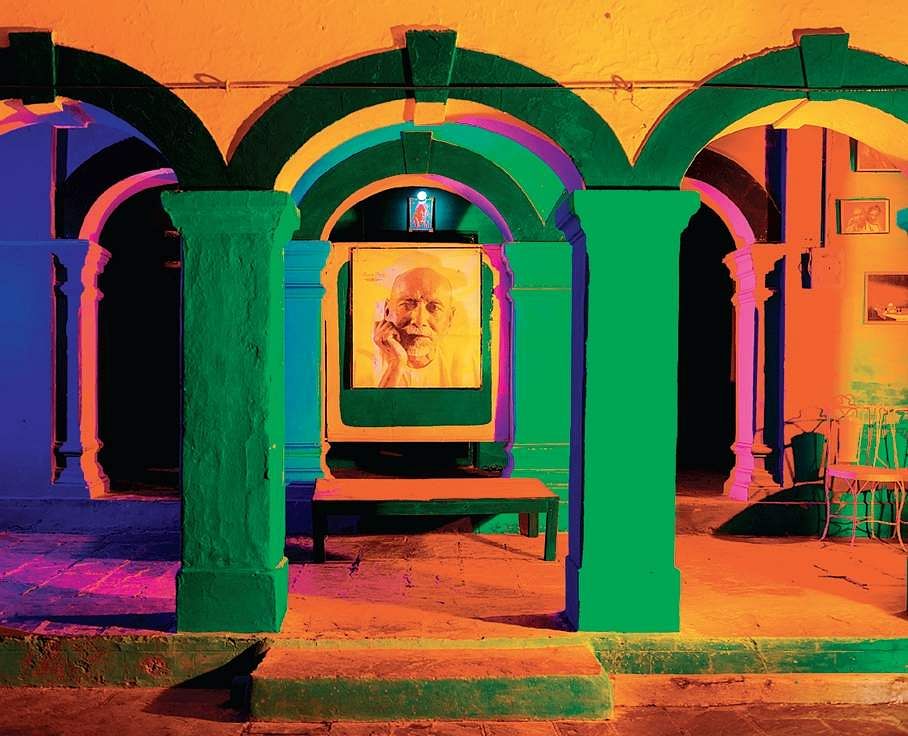 It’s a collaborative effort that bears fruit due to the efforts of indigenous communities of Madhya Pradesh and fourteen Indian and international artists.

A plethora of mediums have been used to tell tales of these vanishing stories. Along with paintings and videos, wood, iron products, textiles, films, book art, photography and furnishings have been fashioned as vehicles of hope of resuscitation of what’s lost. “Madhya Pradesh is a place of abundant resources, of lost histories, cultures, musical legacies and traditions that are hidden deep in the area. These should be valued and preserved before it disappears,” says Nobina Gupta, initiator and curator of the exhibition.

Here, she is referring to practices of organic farming, brick making, and forest rejuvenation.
For the same, Ambica Beri, the founder of Art Ichol, along with Gupta, came together to present an interdisciplinary research and collaborative residency focusing on environment, culture, heritage and the indigenous community at Art Ichol in Maihar. “The artists used their creative and research abilities to study disappearing practices and develop thought-provoking artwork and material in response to their findings,” says Gupta.

One of the participating artists is Clare Elizabeth Kennedy from Australia. She has been residing in a small residential eco building at Art Ichol. As an architect she studied traditional Indian vernacular architecture. As part of this project, her priority has been to understand techniques of craftsmanship and brick making around Maihar. “My particular focus is on building with earth, and here in Ichol, there are fantastic examples of traditional earthen architecture that are slowly being replaced by concrete homes. I am designing a small residential eco building at the centre, borrowing successful elements from traditional mud buildings, and fusing these with more modern detailing.” Architectural prototypes of these eco-huts have been created as 3D models in paper for benefit of visitors during the exhibition in Delhi.

Shatarupa Thakurta Roy, an academician from IIT, Kanpur has used indigenous folklore and created paintings and interactive board games on mythology. Shashwati Garai from Kolkata, has collaborated with local folk singer Shashi Kumar Pandey to fuse Bagheli music with modern expressions. With it, she acknowledges the cultural richness  of Baghel and Bundelkhand.

Sandeep Dhopate from Mumbai has documented the folklore and mythology of the area through characters depicted in Ramlila, and Maihar Gharana of Hindustani Classical music. “I needed to indulge in the understanding of Baba Allauddin Khan’s the personality intimately. In my view, the walls of the Medina Bhavan, still have his energy. I convey this by splashing the walls of the bhavan with colours that celebrate life,” he says, adding, “What appears to the naked eye might be a silent dead space, but what one can hear is anything but silence. Walking through the abandoned walls of the bhavan, it’s hard to miss being part of the taleems of the torch bearers of Hindustani classical music.”

At every step, the communication between the artist and the viewer navigates on the path of an open dialogue. The distance between village-folk and city dwellers seems to be narrowing. A better understanding of social and cultural contexts are emerging, and it doesn’t seem to be punctured by village-state divides. It personifies the multiplicity of our shared resources. Till November 29, from 11 am to 7 pm, at Bikaner House.