How Haryana’s women are heralding a silent revolution

Manushi Chhillar may have put Haryana on the world map by winning the Miss World crown but there are many lesser-known women who have overcome gender bias in the male-dominated state.

CHANDIGARH: When Sonepat girl Manushi Chhillar won the Miss World crown a week ago, her home state erupted in joy and accolades poured in for the ‘Haryana ki beti’ for doing the country proud. But the irony of such exultation wasn’t lost on anyone. A state that has always shunned the girl child was basking in the reflected glory of a ‘daughter of the soil’. 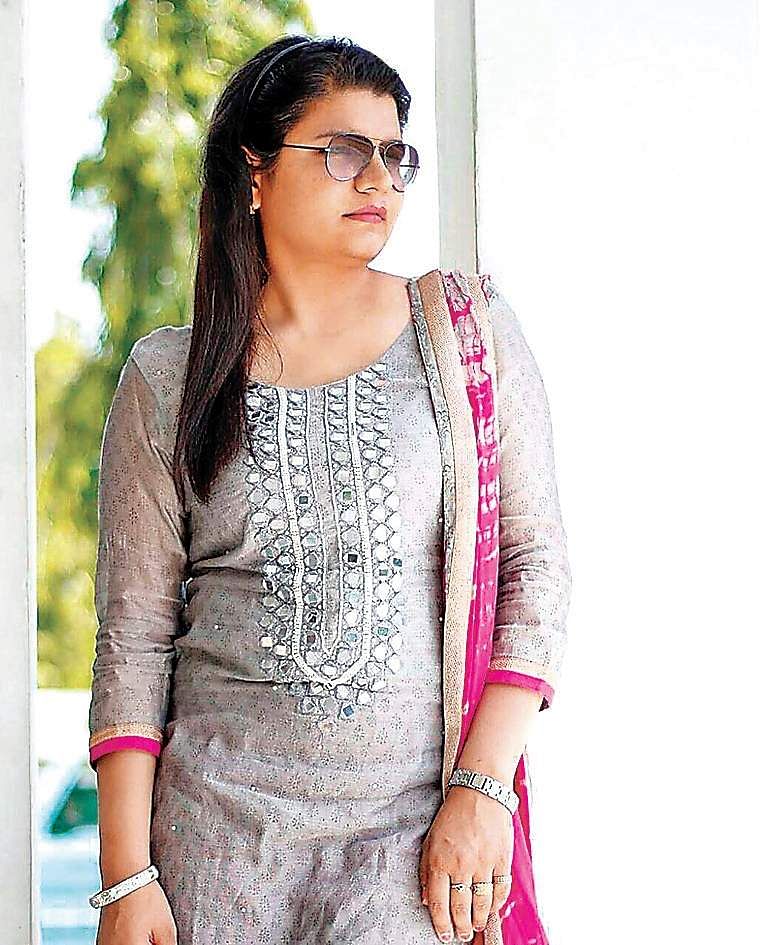 Haryana is known for its atrociously skewed sex ration --- the worst in the country --- and a fiercely patriarchal mindset that enforces strict social codes on its women. Yet, it’s Haryana’s women who have often brought laurels to their state, be it sports, cinema, science or any other field, Manushi being the latest.

While the girls who win Olympic medals or beauty pageants are feted, there are scores of unacclaimed crusaders who are battling all odds to herald a silent change in society in their own little way.
These women have ignored the indifference of family members and braved the taunts of society to script their success stories, in the process also changing mindsets and making the road a little easier for other women.

Among them is Monika Bhardwaj from Kurukshetra, who runs an NGO called Green Earth. She was among 100 women achievers awarded by the President in 2015 in the category of women in public life. Monika, 29, says her father was with her when she received the award. “For the first time in my life, he said, ‘I am proud of my daughter.’ For me, it was an even bigger award,” she recalls emotionally.

When she started her journey at the age of 18 in 2006, a year after she got married, there was little support from her family. “My family and in-laws never helped me. It was a waste of time for them. But after I got the award, their attitude towards me and my work changed,” she says. Fortunately, her husband has always supported her, she adds.

Monika's  NGO works in the field of environment, solid waste management, health and hygiene, road safety and domestic safety. “It’s mostly women who manage households and do jobs like waste segregation. So we focus on educating them.”

But the patriarchal mindset makes it an uphill task. Monika battles with his mindset every day when she goes out to educate women on issues like personal hygiene, sanitation, kitchen gardening etc.. “The men in the family do not allow women to speak to us. We always carry eatables and small gifts so that we can talk to the women on the pretext of offering these things. People’s mindset of people is difficult to change, she says.

Rama Chauhan, the sarpanch of Uplana village in Karnal, has found it relatively easier to convince people. A postgraduate in English, 31-year old Rama says, “I was elected sarpanch for the first time and have my family’s support. The girls in our village did not go for higher studies after Class XII. But I spoke to both men and women and now they are allowing their daughters to go to Karnal and other places for higher studies. More girls have enrolled in school for studies.”

Rama and hundreds of other women like her are now silently working to gnaw at the roots of the same mindset that has shackled Haryana’s daughters. “I tell villagers that they have to change their mindset. I give them the example of all successful women who are doing well in life... Change is happening but it will take time,” she adds.

Durga Devi, who belongs to a Scheduled Caste, is the first woman from her family to become a sarpanch, though her mother-in-law and sister-in-law have been panch earlier. The feisty woman had to break the caste and gender barriers to get elected sarpanch of Bhondsi village.

“It was a surprise for me but at the same time a challenge to prove myself,” she says. “The girls of our village found it difficult to go for studies in Gurugram due to lack of public transport. With panchayat funds we have started a bus service and now 60 girls from the village studying in Gurugram take the bus every day,” she says.

In Hisar, 40-year old Veena runs her own bookshop and has been helping mentally challenged women for past 15 years. She has been honoured by the state government and other organisations for her dedication to this cause. “It has been a difficult journey for me. My family wanted me to get married but I refused. I have my own shop which helps me earn my livelihood and take care of mentally challenged women. At any given time, there are one or two women staying with me. I take care of their food, clothes, medical and other requirements. I try to trace their families and reunite them. I have tried to help as many women or girls as I could,” she says. Veena has done it all herself with no support from family or society.

It’s not just the young generation that has launched a silent crusade against the society’s conservative attitude. Krishna Chaudhary, a spirited 71-year-old from Makroli village in Rohtak, started fighting the parda system more than five decades ago. It was from women that she faced maximum opposition, but she remained undeterred.

“It was difficult to change their mindset... The women used to differentiate between daughters and sons to the extent that they gave more food to boys and only roti-dal to girls. I explained to them in detail about the health issues related to girls and the need to give nutritious diet to their daughters. There was a lot of resentment, but they slowly they understood,” says Krishna, who also holds health camps and fights against female foeticide.

For 25-year-old Deepa Rana from Kalram village near Karnal, the change had to begin at home. She had to struggle to convince her family to shift to Delhi so that she could get better education. “There was no proper transportation to go to school. People have acquired wealth and think they have become progressive, but the mindset remains unchanged,” she says.

“On my weekly off day, I go to villages with other members of an NGO and try to teach people to change their attitude towards the girl child and let her study, do want she wants and not tell her what she should wear,” she says.

Stay up to date on all the latest The Sunday Standard news with The New Indian Express App. Download now
TAGS
Harayana women Manushi Chillar