One of the officers' wives wrote that in 2009, an ‘injustice’ was done to all service officers by defining their status as ‘non-combatants’, which is grossly ‘incorrect, unfair and inequitable’.

NEW DELHI: After more than 100 serving officers from the Army Service Corps (ASC) moved the Supreme Court seeking parity with their counterparts in combat, their wives have now made an ‘emotional appeal’ to the Prime Minister’s Office (PMO) and Defence Minister Nirmala Sitharaman against the ‘injustice’ done to their husbands.

“We are not ready to lose our husbands under this state of ‘indignity’,” states one of the letters written by Anjali Priya, whose husband, a Major, is posted with 44 Rashtriya Rifles in Kashmir. Priya sent her letter to the PMO, Sitharaman, Army Chief General Bipin Rawat and Director General of Supply and Transport Lt General MH Thakur on September 22. 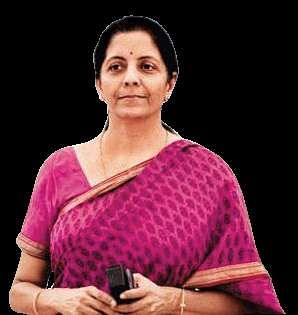 Miffed over the Army Headquarters’ stand, several Services Cadre officers had expressed their reluctance to go on operational postings, including forward and counter-insurgency areas. The cadre has nearly 10,000 officers in its strength of 2.6 lakh personnel.

The Army Service Corps (ASC) handles the force’s logistic support function. Citing records, an officer’s wife writes to PMO and the Defence Minister that in 2009, an ‘injustice’ was done to all service officers by defining their status as ‘non-combatants’, which is grossly ‘incorrect, unfair and inequitable’. “This was legislated in the form of a confidential Cabinet note, signed by two serving Army Generals. It declared 30 per cent of the Regular Army, called as the Services (of which my husband is also a part), as non-operational and not required to operate in combat conditions,” she mentioned.

She claimed that this injustice was done merely to grab the quota of promotional avenues that would otherwise have come to the Services. “This created the greatest ever divide, resentment and loss of camaraderie and morale in the Indian Army. Those who would readily march to death were victimised by those under whose orders such journeys would be executed,” said the letter.

Commenting on internal health of the Army, she gave example of an ASC officer, who got a gallantry medal for fighting with militants. “Mrs Satish Dahiya lost her husband to a national cause, yet she suffered the indignity of being called a non-combatant’s wife in the army,” the letter said. Major Satish Dahiya was awarded Shaurya Chakra posthumously in year 2017 for killing three militants in Jammu and Kashmir.

“How can a non-combatant kill militants and be awarded with gallantry without being operational? There are thousands of others existing as such. This had led to deep scars and fissures in the Indian Army,” said the letter. She appealed to Sitharaman: “You are requested to choose what you want from officers and men from Services, and carry out an investigation as to why such an injustice, through confidential Cabinet note, was meted out.”

Last week, Major Amod Kumar from ASC, posted with Rashtirya Rifles in Shopian moved the SC challenging his posting and rejection of his representation to Army authorities against the ‘operational’ area posting of a ‘non-operational’ category officer. Similarly, another Lieutenant Colonel made representation to the office of the military secretary against his posting in a counter-insurgency field posting last week.