Enthused by negative and gloomy feelings

My country succeeded in avoiding Western colonisation de jure, but in practice, it seems to have greatly influenced our social and cultural perspectives.

The idea of a willing suspension of disbelief, of disregarding reality and logic for something dreamlike and enjoyable, is the primary impulse that grips you, as you begin browsing through the paintings of Thai artist Natee Utarit. We were first introduced to Utarit, who’s represented by the gallery Richard Koh Fine Art in Kuala Lumpur, at the India Art Fair held in January, in New Delhi, earlier this year.

At the time, Utarit had just released his hugely influential collection, Optimism is Ridiculous: The Altarpieces, following up with a more elaborate presentation extending the prevailing theme, Optimism is Ridiculous: Paintings on Figure of Speech, Paradoxes and Inward Journey in April. Even as Utarit is being hailed in art circles around the globe, his ideas are resolutely subversive and decidedly post 9/11 in context. 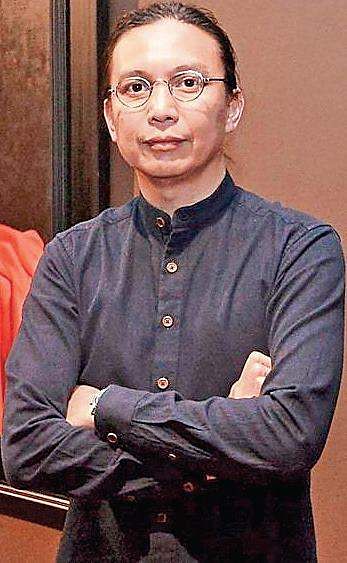 Concerns over the commodification of religion and the commercialisation of art fuel his works, as do matters of colonialism and imperialism and the constant interplay between European and Asian ideologies and their evident disintegration in this technology-driven age. However, on a personal level, he remains an avowed Buddhist.In an interaction, Utarit spoke about his formative ideas and warming up to concepts of globalised acculturation.

Q: The idea, ‘Optimism is Ridiculous’: How did you arrive at this assertion?
‘Optimism is ridiculous’ reflects affairs of the present day, especially those happening in my country. I like the sentence: Optimism is ridiculous. Sarcastic as it may sound, the sentence quite obviously evinces attitudes towards what happened. I myself don’t have a problem with optimism. But then again, an optimistic or one-sided viewpoint can cause you far more problems than just being ridiculous.
Certainly, it concerns not only the relationship between one’s self and one’s perception of the outer world but also the relationship between one’s self and one’s perception of the inner world. As for my work, the sentence embraces my attitudes towards obscurities in social, cultural and religious beliefs that stem from changes since the post-colonial period.

My country succeeded in avoiding Western colonisation de jure, but in practice, it seems to have greatly influenced our social and cultural perspectives. My current set of paintings echo such matters via figures of speech, paradoxes and comparison, and an inward-looking way, according to beliefs of Buddhism.

Q: How do you channelise  strong emotions into art?
I’m enthused by negative and gloomy feelings from news and public incidents, as well as people’s emotions on Facebook. Subjects of art once used to be about beauty only. But once art expands to include other possibilities, there is a wider space for other emotions, including rage, aggression, and depression — all consequences of the era. Things happen without warnings. It’s like the elementary school shootings in the US.
Art’s mission is to perceive what becomes of the world and present it via a creator’s attitude. Contemporary art has raised issues, encouraging audiences to think and look back at more individualistic questions. Art exists for human ideas and spirits to gain an insightful perception of the world.