Did Wuhan talks 'reset' ties between India and China?

Various military and strategic experts have repeatedly warned of a two-front (China/Pakistan) threat, and many have bemoaned India’s lack of military preparedness to deal with it.

For years, The People’s Republic of China has been seen as India’s biggest foreign policy challenge. Various military and strategic experts have repeatedly warned of a two-front (China/Pakistan) threat, and many have bemoaned India’s lack of military preparedness to deal with it. 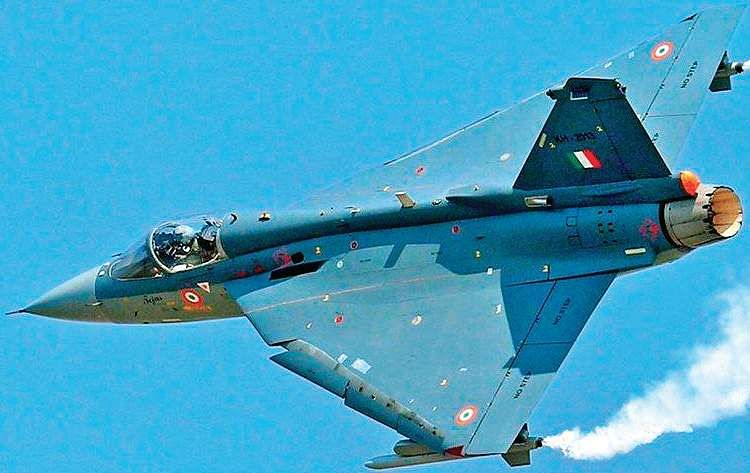 Things came to a head in mid-June last year at an unexpected place, when Indian troops challenged a PLA road-building party at Doklam, on Bhutan’s disputed border with China. The face-off, which lasted almost two-and-a-half months, saw vituperative and condescending remarks from Beijing, asking India to recall 1962 when the PLA routed the ill-prepared Indian Army in a two-pronged attack across the Himalayas in October before declaring a unilateral ceasefire and returning north of the McMahon line, across the Line of Actual Control, a month later.

As India marked its Independence Day on August 15, New China TV ran a brief racist spoof listing the ‘Seven Sins of India’, which included trespassing, violating international borders, ‘pretending to sleep’ and having a ‘thick skin’, among other things. “If you really wanna play, get out of my house first,” concluded the anchor.

Refusing to be goaded, New Delhi stood firm, insisting that the proposed road posed a threat because it would give China access to the strategic ‘chicken neck’ region that separated India from its Northeastern states.

Behind the scenes, diplomats and leaders from both sides scurried to ensure that the face-off did not escalate into a full-fledged shooting war. Finally, on August 28, New Delhi and Beijing simultaneously announced a return to status quo, saying troops had been pulled back to pre-existing positions.Realising that even an accidental gunshot during the prolonged military face-off in the remote mountains could start something that spirals out of control, the two sides started talks at the highest level, culminating in the ‘informal’ Wuhan dialogue between Prime Minister Narendra Modi and China’s President Xi Jinping.

“Let’s join the dots,” said a former intelligence officer who has served in China. “First, China refuses to block Pakistan from being included on a watch list of the Financial Action Task Force, which works on countering terrorist finance. Then, New Delhi rejects Australia’s request to join the annual Malabar Exercises, which has the navies of India, Japan and the United States working together for the first time off the massive US base in Guam, deep in the Pacific. This allays China’s fears of a revival of the Quad, which involved the four navies working together to hem Beijing in. And in between, there is a leaked memo suggesting that government officials had been urged not to attend events organised by the Tibetan Government in Exile and the Dalai Lama’s office. Ironically, the events were to thank India for its hospitality,” he said. “And then came Wuhan.”

The much-hyped, agenda-less discussions between the two leaders with only their translators present apparently led to resolutions to ensure that Doklam-like situations did not recur, to ramp up border talks, correct the massive trade imbalance in China’s favour, step up cultural and people-to-people exchanges, and quickly identify other areas where the two nations could cooperate.

In his Keynote Address at the Shangri La Security Dialogue, Modi cited the Wuhan summit as an example of how mature nations could work together even as they agreed to disagree over certain issues. Weeks later, the agreement to allow import of non-basmati rice and sugar by China and share Brahmaputra river data during the Shanghai Cooperation Organisation summit in China reinforced the perception that the two leaders were sincerely working on a reset.

But has there really been a reset?

“I think so,” said Claude Arpi, author of several books on China and Tibet, and currently the Field Marshal KM Cariappa Chair of Excellence, United Service Institution of India, a New Delhi-based security think tank. “The Chinese media has changed its tone. It is now often praising India; even when the PM addressed the Shangri La Dialogue in Singapore, The Global Times was all praise for Mr Modi.”
However, he argues that the ‘reset’ comes more from China than from India. “China has probably realised that it can’t take on too many foes at the same time. There is a clear change of policy from Beijing’s side vis-à-vis countries like Japan, Korea, Australia or India. One of the reasons is that the Chinese leadership has to deal with Trump who is not an easy customer.”

According to Arpi, “The border can remain peaceful, but there is no chance of ‘solving’ the issue in the next decade. Then there is the trade deficit, accepting India as an equal partner, etc. But first and foremost the lack of trust has to be tackled, especially after the Doklam episode which has revived the old scars of 1962.”

Noting that the world was changing too fast to make long-term predictions, he said, “China is quite unstable, if one looks at the situation in the restive provinces of Xinjiang and Tibet. Ultimately, China should become a ‘normal’ State, abiding by the rules agreed upon by the community of nations. That is the greatest challenge for Xi Jinping’s administration.”

The former Indian intelligence operative disagrees. “In my mind, with all due respect to the Wuhan talks, this is basically an attempt by both sides to buy time. The Prime Minister is stepping into an election year, and can do without a distraction on the border. China, on its part, can do without an Indian distraction at a time when there is a threat of a trade war with the US, the situation in North Korea – which, by the way, they managed very well --and the South China Sea.”

According to him, the “proof of the pudding” will be if “China stops its opposition to India’s membership of the Nuclear Suppliers Group, allows Masood Azhar to be declared a terrorist by the UN, and pressures Pakistan to release Kulbhushan Jadhav, on death row in Pakistan for spying. While all of these would be nice, even one of them would prove that things are going in the right direction.”

Now we are on Telegram too. Follow us for updates
TAGS
India-China Wuhan summit Chinese checkers