Traders believe it would dent their business as shops will get distributed floor-wise in new building. 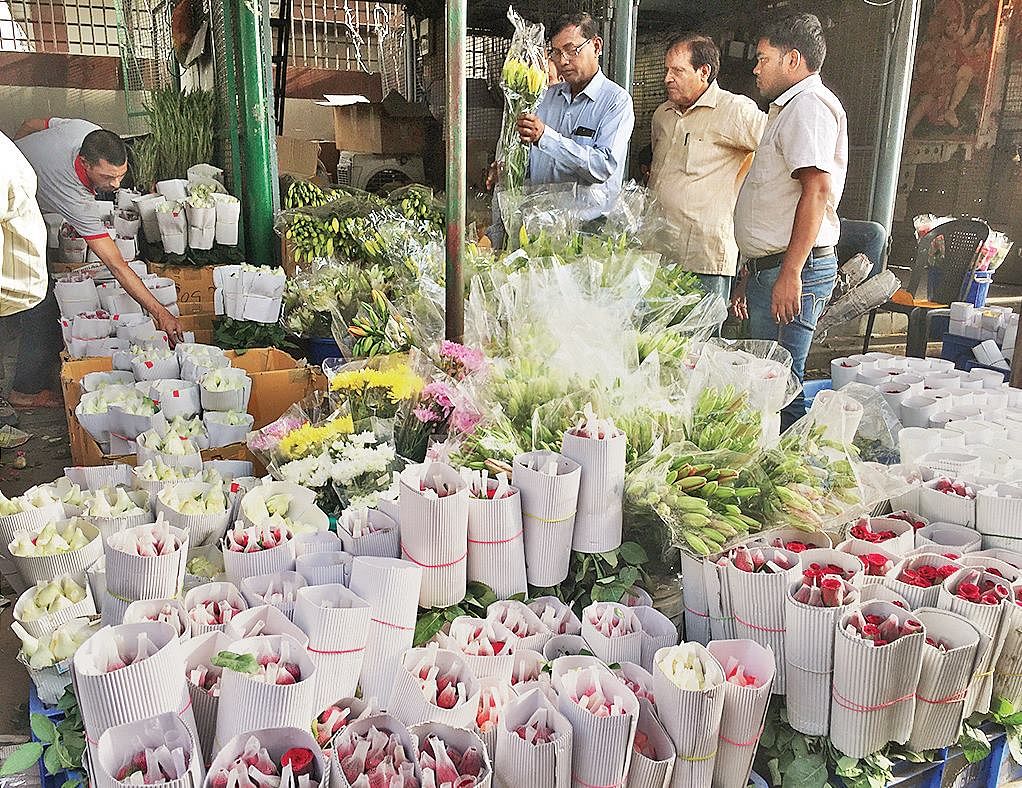 NEW DELHI: Development has eluded the country's biggest flower market at Ghazipur, overflowing with flower traders elbowing for space, for many years now. However, as the Delhi Agriculture Marketing Board (DAMB) recently announced plans to begin work on the long impending redevelopment project, the traders are worried the move would take away the opportunity for equal trade.  After lying in abeyance for nearly eight years now, the work on a multi-storey building to accommodate all 420 flower traders is scheduled to begin in August this year, with the deadline set to December 2020 even as the traders believe the move would dent their business as the shops will get distributed floor-wise in the new complex.

“A mandi should always operate from the ground floor. It cannot be run in a mall. Even now, many customers shop only from the outer sheds and do not visit the one running inside. If a mall is constructed, who will climb the stairs, looking for flowers which can be easily bought from the traders on the ground-floor?” said Rishi Chauhan, a flower trader at the Ghazipur market.

The market, spread across 10 acres, next to the fruit and vegetable market, currently has traders operating from temporary sheds within the market lanes. The traders, instead of `120 crore-worth multi-storey building, are pressing for other basic amenities at the market. Pawan Kumar, a flower trader said, “The authorities think a high-class mall would be beneficial for the traders. However, it would be otherwise, especially during off-season when the business will be low. We won't have enough money to pay the rent and maintenance charges of the building.”

Speaking to The Sunday Standard, Sanjay Dhama, vice-president of Ghazipur Flower Trade Association, said the redevelopment project will be unsuccessful “like Noida's Flower Trading Centre built in 2009”.
“We are in talks with the DAMB on the final proposal of the project, and will also raise concerns of flower traders before Delhi Rural Development Minister Gopal Rai,” said, Vijay Singh, chairman of the flower market.

DAMB's vice-president Garima Gupta had recently said that the market will also double up as a popular tourist spot after the project. Responding to Gupta’s statement, traders said their business does not come from tourists.The Sunday Standard tried reaching to Gupta, but she was not available for comment.

Now we are on Telegram too. Follow us for updates
TAGS
flower market Ghazipur Delhi Agriculture Marketing Board

Over 52,000 students have secured admission in Delhi University so far