Story of UP’s ‘living dead’ to come alive on celluloid

Chances are you might have heard about Lal Bihari ‘Mritak’, a Dalit from Uttar Pradesh’s Azamagarh who struggled for 18 years just to prove that he was alive.

LUCKNOW: Chances are you might have heard about Lal Bihari ‘Mritak’, a Dalit from Uttar Pradesh’s Azamgarh who struggled for 18 years just to prove that he was alive. This Kafkaesque tale of the system enslaving a man will now be made into a film by director-producer Satish Kaushik. 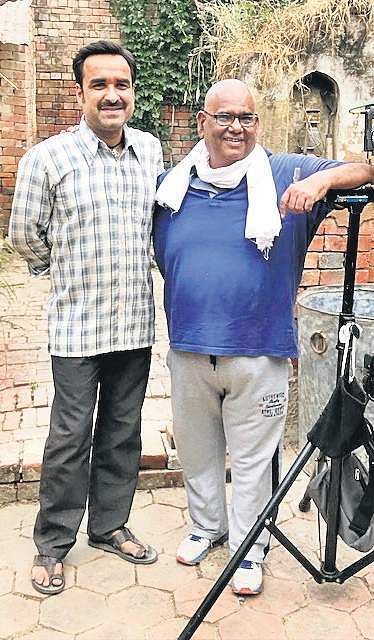 “It must be around 2000 or 2001, when during a trip to Delhi, I came across a full-page story about this person, who was proclaiming ‘Main Zinda Hoon’ (I am alive). It amused me. I kept the (news report) cutting. A few years later, I discussed the idea with several producers, but nobody was impressed. I deferred the idea, but never left it,” Kaushik, who is shooting in Biswan, 40 km from Lucknow, said.

“A few years ago, when biopics suddenly became a craze with films like Mary Kom, Paan Singh Tomar and Bhaag Milkha Bhaag, I pulled out the idea and got a script developed. I wish to get this movie to the international circuit.” Actor Pankaj Tripathi is essaying the main role in Kaushik’s movie Kagaz.

It was in 1976 that Bihari learnt he was declared ‘dead’ in revenue records, courtesy his uncle. At the local tehsil, he was told bluntly that as he was no more, his property was transferred to his uncle. Bihari went on to form ‘Mritak Sangh’ (Association of the Dead) for highlighting similar cases of swindling.

He tried several tricks to get his name entered into government records for proving that he was alive. Bihari kidnapped his cousin and even threatened a local judge. Later, he tossed papers from the Vidhan Sabha gallery after sneaking inside on an MLA’s entry pass and contested several elections, including against Rajiv Gandhi and VP Singh, to prove that he was alive, but nothing bore results.
Ultimately, in 1994, a sympathetic DM saw through the conspiracy against Bihari and ordered an enquiry, which established that he was alive. Bihari is now contesting a case seeking `25 crore in compensation from the state government.
“The story is full of wry humour, and Pankaj is perfect for the role,” said Kaushik.

Now we are on Telegram too. Follow us for updates
TAGS
Lal Bihari Satish Kaushik Main Zinda Hoon