Men should feel they are accountable and that this kind of behaviour cannot be accepted.

Dr Soumya Swaminathan, the deputy director of the World Health Organisation, is upbeat about the Indian government’s Pradhan Mantri Jan Arogya Yojana scheme, which aims to provide medical insurance of up to `5 lakh per poor family each year.

Swaminathan, an Indian paediatrician and clinical scientist who joined the WHO last year, also believes that the private sector plays an important role in healthcare delivery in India, but needs stricter regulation. In an interview to Sumi Sukanya Dutta, Swaminathan spoke on a host of issues ranging from air pollution plaguing north India to the rising of Indian women against sexual harassment at workplace. 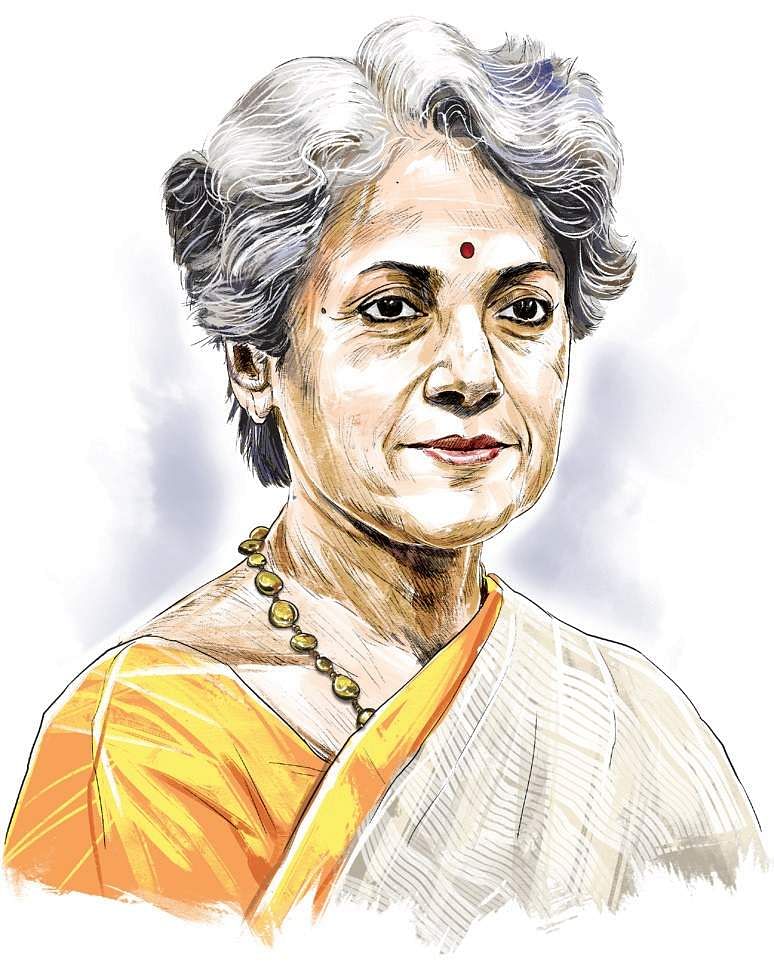 “PMJAY is an excellent scheme. It is high time that India made serious efforts to cover the entire population with high quality healthcare, especially for those who cannot afford to pay the rates in private sector. We know that in India, 65-70% healthcare expenditure is out-of-pocket and that affects the poor the most; so, financial risk protection is a good idea,” she said.

As for the #MeToo movement against men who harass women in the workplace, she felt that though only a minority has spoken up so far, “it’s a critical first step at setting things right. Men should feel they are accountable and that this kind of behaviour cannot be accepted.

Dr Soumya Swaminathan, an Indian paediatrician and clinical scientist, joined the World Health Organisation (WHO) as its deputy director-general (programme) last year. Prior to that, she served as secretary of the department of health research, Union Ministry of Health and Family Welfare, and director general of the Indian Council of Medical Research. On the sidelines of the second annual Women Leaders in Global Health Conference 2018 in London, organised by the London School of Hygiene and Tropical Medicine, Dr Swaminathan spoke to Sumi Sukanya Dutta on a host of issues ranging from air pollution plaguing north India to the rising of women against sexual harassment at workplaces.

The Indian government has launched two significant health schemes this year: the Pradhan Mantri Jan Aarogya Yojana (PMJAY), which aims to ensure cashless hospitalisation of up to `5 lakh for 50 crore people, and building 1.5 lakh health and wellness centres. But there are also concerns on whether the government will be able to achieve what looks good on paper. What are your views?
PMJAY is an excellent scheme. It is high time that India made serious efforts to cover the entire population with high quality healthcare, especially for those who cannot afford to pay the rates in private sector. We know that in India, 65-70% healthcare expenditure is out-of-pocket and that affects the poor the most; so, financial risk protection is a good idea.

The other aspect which is equally important is developing quality primary care centres where people can go with simple illnesses and since it also focuses on prevention, it will help reduce hospitalisation cases. Both the schemes need to be given equal weightage and importance.

But do you think India has the kind of resources — doctors, trained manpower, funding etc. — to build a quality primary healthcare system? Doctors, for instance, do not even want to go to small towns to work.
We have doctors, nurses, everything — it’s a question of giving the right kind of training to workforce and deploying them effectively. Every primary care centre cannot be equipped with a doctor and there is a shortage of allopathic doctors as well, but nurses can do the jobs required at those centres. In many countries, nurses have three years of community health-work training that enables them to take care of the primary healthcare needs. And then, there has to be a good referral system. The district hospital is where all the specialists should be available. At lower levels, it is possible to deliver quality healthcare services even without doctors, with nurses and other types of health workers. So that model has to be followed.

But it requires a lot of training and supply-chain management. It has to be ensured that drugs and diagnostic services are available at these centres; technology such as digital health records, telemedicine etc. has to be adopted.

Air pollution has emerged as a major crisis in India. Recently, the WHO organised its first conference on the same where a lot of noise was made regarding the health issues emanating out of it. Would you have
a message for India?

A national action plan on pollution is urgently required in the country now. Pollution should be treated as a public health emergency. Rates of pollution being seen across north India are a big public health hazard and it’s not something that one city or state can handle, because the causes are multi-factorial.
There has to be a programme developed collectively by the Centre and state governments.

Mayors of cities need to take responsibility as well, as cities are where pollution gets concentrated. But rural areas are equally affected; the agriculture ministry needs to be involved. Ministries of road transport, heavy industries and various other ministries have a major role to play. The health ministry can only be an advocate as the pollution affects health, but the causes are coming from different sectors.
The pollution is particularly bad for young children who are growing up in this environment. It’s affecting their brain development; pregnant women are developing problems; it’s shortening the lifespan of people. Breathing in Delhi is like smoking two packets of cigarettes a day. There is no time to waste now and it is known what is to be done. It’s just a matter of implementing those measures seriously.

In recent times, a lot of anger has built up against private healthcare providers in India. There have been government reports implicating large hospitals of over- billing and malpractices. Yet, many feel the government is not doing enough to regulate the sector. Your views?
Private sector does need to be better regulated — it plays an important role in healthcare delivery in India and can play a constructive role because the government alone won’t be able to cater to all healthcare needs.

Also, the private sector has many centres of excellence; people from across the globe come to India (to those centres) to access healthcare in the country. But it’s an issue of governance; of having ethics in practice and forming certain rules and regulations.

The Clinical Establishments (Registration and Regulation) Act, 2010, was brought in with that aim, but most states have not adopted it. They need to do that to be able to better regulate the sector. The private sector should also keep in mind that it is not like any other industry because healthcare cannot be oriented around a profit-only motive. It is their duty also to ensure not to use exploitative tactics. There is also a need to reform medical education in the country.

What are the new programmes or interventions you have started or are about to start at the WHO and what are their likely impacts on India?
In January this year, we revised and adopted 13th general programme of work 2019-2023 — which is structured around three interconnected strategic priorities to ensure healthy lives and well-being for all at all ages: achieving universal health coverage, addressing health emergencies and promoting healthier populations. We will focus on many low- and middle-income countries, including India, particularly on the first component of the programme.

The last few weeks have seen a large number of women taking to social media under #MeToo movement to out the men who have sexually harassed them at some point at work. What do you think about the whole campaign?

For long, women have had to keep silent and even now, only a minority has spoken up, but at least others will get courage from it. (Sexual harassment at workplace) is a very difficult experience for a woman to go through. And it’s not only the physical experience, but a feeling of being dehumanised — when you are treated as an object, which deeply affects your dignity, self-respect and self-esteem. It can do a lot of damage to a woman.

Even then it’s very difficult for a woman to name her oppressor, especially if he is in a powerful position. So, we really have to respect these women who have spoken out and have also faced a lot of backlash on social media and in their own circles. But it’s a critical first step at setting things right. Men should feel that they are accountable and open to scrutiny and that this kind of behaviour cannot be accepted.

Now we are on Telegram too. Follow us for updates
TAGS
Dr Soumya Swaminathan WHO Dy. Director Quality healthcare