A surgeon’s quest to be true son of the soil

For decades, the political landscape of Jhabua and Alirajpur districts of Madhya Pradesh has been dominated by Kantilal Bhuria, five-time sitting MP from Ratlam-Jhabua seat.

BHOPAL:   Young Turks: What is common between an ex-students’ union leader, 2 doctors and a mayor, apart from being candidates in the ongoing polls? They are all young and promising; they are charting their own course and are considered by many as leaders in the making

For decades, the political landscape of Jhabua and Alirajpur districts of Madhya Pradesh has been dominated by Kantilal Bhuria, five-time sitting MP from Ratlam-Jhabua seat. But, the Bhuria family has never represented the prestigious Jhabua Assembly seat.This time, the Congress has fielded Bhuria’s surgeon-son Dr Vikrant Bhuria from the seat which was won by the BJP in 2013. 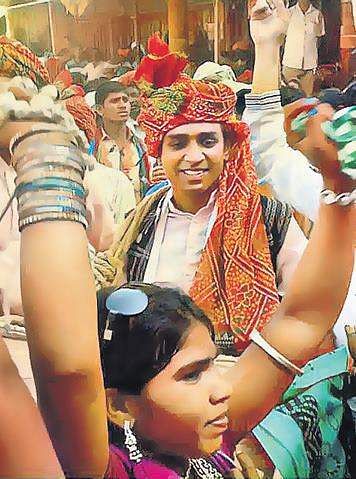 Carrying the mantle of being Kantilal Bhuria’s son, 34-year-old Vikrant is locked in a fierce battle with G S Damor of the BJP and former MLA Javier Meda, who is a Congress rebel. Well aware of the tough political battle awaiting him, Vikrant started campaigning a year ago through the Adivasi Chetna Yatra that covered a distance of 300 km through 200 villages of Jhabua and Alirajpur districts in 11 days.

“I knew the needs of my people as a doctor … but the yatra helped me personally understand how the last two legislators, both youngsters, our party MLA (now a rebel candidate) Javier Meda and BJP MLA Shantilal Bhilwal, did nothing for the cause of the 2.7 lakh voters,” says Vikrant, who holds a master’s degree in surgery from Indore’s MGM College and has been running a hospital in Jhabua for the last four years.

Asking why a medico-son of a powerful politician cannot enter politics, Vikrant says his social media outreach and falia-chaupals (meeting youths in every village) have ensured that he doesn’t remain just a promising son of a neta, but instead emerges as the real son of the soil.