All you need to know: 2+2 Dialogue between India, US to ramp up strategic relations

A lot will depend on the flexibility they while discussing their concerns and the willingness to agree to disagree over certain issues.

Billed as the “most important dialogue” between India and the US, the 2+2 Dialogue is expected to ramp up strategic alignment between the two nations. A lot will depend on the flexibility they while discussing their concerns and the willingness to agree to disagree over certain issues. Ramananda Sengupta takes a look at what the dialogue is all about.

What is 2+2 Dialogue?
India is going to host the inaugural 2+2 Dialogue with the United States on September 6-7 in New Delhi. The dialogue, which has been postponed twice earlier, will see External Affairs Minister Sushma Swaraj and Defence Minister Nirmala Sitharaman holding extensive talks with US Secretary of State Michael R. Pompeo and Secretary of Defence James Mattis, respectively. 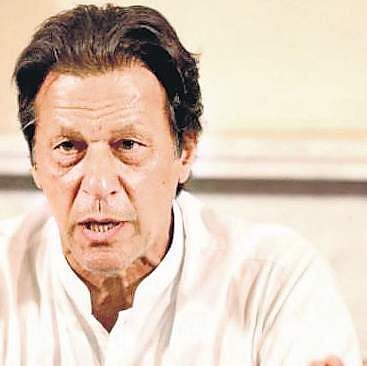 Why postponed?
The inaugural dialogue was scheduled to be held in July,  but was postponed by US citing “unavoidable reasons”. Earlier, the dialogue was scheduled to be held in April, but was postponed as US Secretary of State-designate, Mike Pompeo, was still awaiting his confirmation by the Senate. India at that time declined the US offer for talks between Sitharaman and Mattis in lieu of the 2+2 Dialogue.

The background
The dialogue, similar to India-Japan 2+2 Dialogue between foreign and defence secretaries of the two countries, was agreed upon during Prime Minister Narendra Modi’s discussions with US President Donald Trump at the White House in June 2017. It aims to elevate and insulate the India-US strategic relationship from trade and commercial disputes between the two nations and replaces the India-US Strategic
and Commercial Dialogue.

Afghanistan: India is averse to putting boots on the ground in Afghanistan, and wants to focus on developmental assistance instead. It also has issues with peace talks with Pakistan-backed Taliban, which the US has initiated.

Pakistan:
India is likely to seek US help to put more pressure on Pakistan over terrorism, while Washington is likely to press Delhi to initiate talks with the new government there.

Sanctions: The US sanctions on Russia and Iran and their impact on India are likely to be discussed. A defiant New Delhi has said it will decide on oil and gas purchases from Iran based on national interests, and go ahead with its purchase of the S400 Triumf anti-missile system from Russia.

Iran was 3rd largest supplier of oil to India in 2017-18. The US, while willing to listen to Indian concerns over sanctions, which will also impact Chabahar port, says it’s too early to decide the impact.

As for Russia, a senior State Department official said it’s “not a country you (India) really want to have a strategic partnership well into the future; we (US) are a more reliable, better partner”.

The two sides are expected to discuss not just ways to ramp up bilateral strategic and military cooperation, but also a range of regional issues, including the Indo-Pacific region where China has been making aggressive moves.

China: China will be high on the agenda during the discussions, with the US planning ways and means to check Beijing’s aggressive military pursuits in the South China Sea and its ‘coercive’ economic policies in the region. Discussions will revolve around alternatives to the Chinese Belt and Road Initiative and ways to enforce the rule of law and freedom of navigation in the South Pacific.

Military might: The two nations are expected to sign a host of enabling agreements that will grant India access to high-end US military hardware and technology and “operationalise India’s status as a major defence partner”. The “alphabet soup of enabling agreements” includes the Communications Compatibility and Security Agreement (COMCASA), which has been bogged down over Indian reservations about sharing critical military information.