There are many myths regarding donating a mother’s milk, but there is no mettle in them.

Disha Batra, a new mother, had a problem at hand. She was producing much more milk than her newborn needed. She knew a mother’s milk is precious but she had to throw out the excess. By chance this issue came up with her gynaecologist at Fortis La Femme Hospital, Greater Kailash, and after her counselling, Batra happily turned into a breast milk donor. For the next six months, Batra regularly donated to the Amaara Milk Bank.

“There are many myths regarding donating a mother’s milk, but there is no mettle in them. Donating milk neither weakens the mother nor does it have any adverse effect on the health of the mother and child,” says Dr Anita Sharma, Lactation Consultant, Fortis LaFemme. “Even adopted and surrogate mothers show signs of lactation. Every mother can produce enough to not just feed her baby but also donate for the less fortunate ones,” she adds, pointing out that the problem is with the society that looks down upon milk donation. 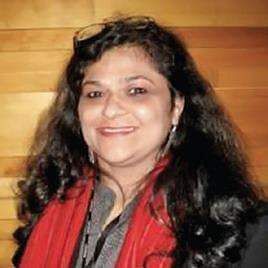 Batra is in agreement, saying it was difficult to convince her in-laws about milk donation, “as they felt it would bring bad omen”.“These are the myths we have to fight,” says Dr Raghuram Mallaiah, who almost single-handedly worked towards setting up the milk bank at the hospital. “On one hand, we have mothers who have to throw out their milk and on the other we have pre-term and low birth weight babies who do not survive for want of this milk,” points out Dr Mallaiah, Director & Head of the Department, Neonatology, Fortis La Femme, New Delhi.

He is not wrong. India has one of the largest number of low birth weight babies in the world, with significant mortality and morbidity rates. According to the IndiaSpend Report 2016, as many as 700,000 newborns die in India each year – 29 per 1,000 births – due to low birth weight and preterm deliveries.

“The survival rate of pre-term and low birth weight babies can be improved with mother’s milk. It can be said without doubt that mother’s milk is 10 times more nutritious than the formula feed,” he says. “Also, suckling moulds the upper jaw and palate to right form and aids proper development of the face, jaws, and nostrils, whereas bottle-fed kids have narrow arches lacking proper growth,” Lt Gen (retd) Dr Vimal Arora, CCO, Clove Dental.

Three years ago, when Amaara Milk Bank began operations, it was one of its kind in Delhi-NCR, though a year later (in June 2017), one opened at Lady Hardinge Medical College and Hospital. Amaara Milk Bank supplies milk to NICU units in over 30 hospitals. In these three years, it managed to save 7,156 newborn kids by supplying 1,142.470 litres of milk.

“The motto of a milk bank is to support lactation so that each mother can provide for her own baby. There may be some mothers who are producing more milk than their baby can consume, they can donate. But the whole idea of having this sort of centre is to motivate mothers, including those of pre-term and low-birth weight babies, to provide milk for their own baby. So at our hospital we call it ‘Comprehensive Lactation Management Centre’ (CLMC) rather than a bank which in a way has a negative connotation to it,” says Dr Sushma Nangia, Director, Professor and Head of the Dept of Neonatology at Lady Hardinge Medical College & Hospital and Kalawati Saran Hospital, New Delhi.

In close to two years since CLMC was opened, over a lakh mothers have been counselled to breastfeed their babies. Pumping support was given to over 21,000 for their kids in NICU who cannot suckle milk. Of these, only 3,974 become donors.

“The centre collected 432 litres of milk which was dispensed to 100-bedded NICU at our hospitals, given only to the much-in-need pre-term babies. Giving it to all will promote donor milk which has happened in Western countries where formula milk has given way to donor milk, not mom’s milk. The idea of having a CLMC is to promote breastfeeding,” adds Dr Nangia.

Now we are on Telegram too. Follow us for updates
TAGS
Amaara Milk Bank Delhi breast milk bank