The 55-year-old veteran actor farts and yawns, drives around in a turquoise ambassador, and shakes a decent bit of leg in clean white sneakers.

Saurabh Shukla gets called a gulab jamun in Fraud Saiyaan. The 55-year-old veteran actor farts and yawns, drives around in a turquoise ambassador, and shakes a decent bit of leg in clean white sneakers. Jokes are hurled at his weight, but he doesn’t seem to mind. Instead, from time to time, he cranes his neck to the side like a beached walrus — too content in his corner to be bothered by dialogue. He is a ridiculous sidekick to a ridiculous hero in a haplessly ridiculous film, but the sincerity with which Shukla shows up on set is sweetly inspiring. 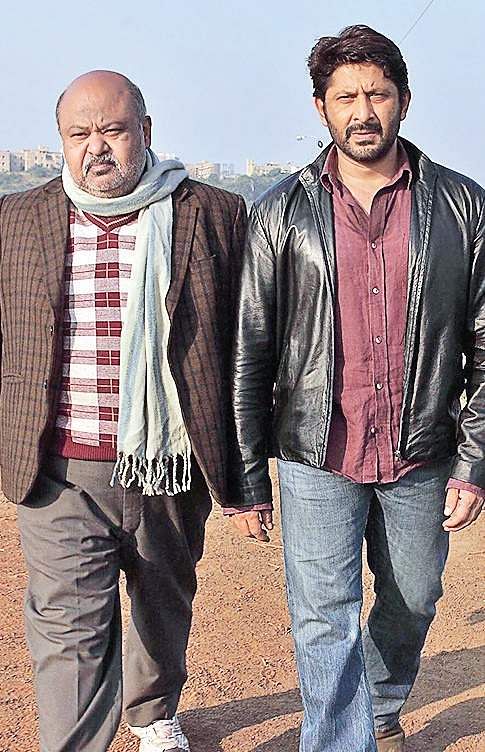 Shukla’s co-star, Arshad Warsi, however, hams it all through. The actor is surely capable of more, but he doesn’t care to break a sweat as he goes from woman to woman and wife to wife, playing the titular saiyaan with the same comic shtick of all his previous roles: jerky shoulders for punchline, arched eyebrows for lechery, and so on. As a child, Bhola Prasad Tripathi (Arshad) learns to make money by running a peep-show of adult magazines in his government high school. He soon comes across a greater scam — “marriages” — and grows into a despicable imp who weds as many as 13 women and lives off their cash. None of these dolled-up ladies, who all look irrevocably out of Bhola’s league, make much of his masculine digressions, standing up for him instead when the cops arrive.

It’s profusely disconcerting to watch Fraud Saiyaan in the age of #MeToo. We are tickled to laugh at scenes that border on rape, and there’s a perverse psychology permeating throughout the script.
This film was shot in 2014, when adultery was still a crime in India, and there’s a sequence added in to include the 2018 Supreme Court ruling (the continuity is hilariously off here: Arshad’s beard flicks back and forth between black and grey, while Shukla smartly wraps a turban around his head to avoid beatings).

Yet, for all the B-movie debauchery and flatulence humour, there’s an uncaring flippancy to Fraud Saiyaan that occasionally soothes. A child trades in his dreams of “serving the nation” for a quick hundred bucks, and a police officer laughs off a complainant when presented with mangal sutra as criminal evidence.
In a month chock-a-block with painstakingly self-serious Hindi movies, this impetuous little film could’ve been just the breather we needed (if only Shukla had stopped farting, that is, if only...)

More from The Sunday Standard.
Now we are on Telegram too. Follow us for updates