Vidisha Baliyan 100 per cent hearing loss in her right ear and 90 per cent in her left and that there were many obstacles that stood in her way, owing to repeated rejection and comparison.

Vidisha Baliyan may need to read your lips to understand what you are saying. But this does not seem to be slowing down the 22-year-old beauty contestant from Ghaziabad.

In fact, the model who will represent India at the Miss Deaf World 2019 pageant next week, is moving upward and onward, so fast, one might need to pick up the pace to keep up with her!

The background story that led up to this big moment on a world stage, that will take place on July 12 in South Africa, is however, quite heart-wrenching.

And we quickly discover over email correspondence with Baliyan who has 100 per cent hearing loss in her right ear and 90 per cent in her left — that there were many obstacles that stood in her way, owing to repeated rejection and comparison. 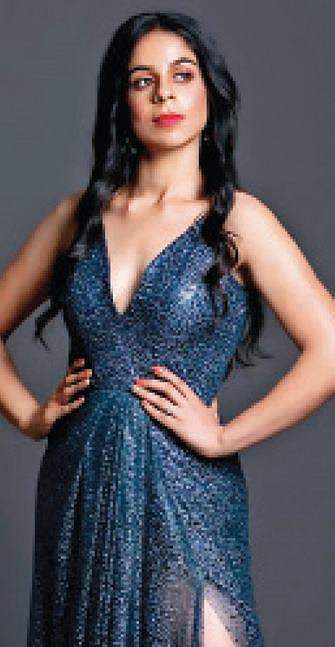 Before her rise to glamour and fame, Baliyanhad to overcome suicidal thoughts.

“When I was in the 6th, 7th and 8th standard, I was seated in a classroom, surrounded by sound and my grades were going drastically down. It left me feeling suicidal and like I was a burden to my family, as I watched my mother crying and helpless,” Baliyan remembers.

She would go on to find love, a purpose that would drown out all of this negativity when she started playing tennis in 2010.

This game would carry her toward what she calls her “biggest high” in 2017 — representing India in the Deaflympics.

But post the competition, doctors told her to give up the game, due to a severe back injury.

Baliyan tells us, “I was at my peak. I was living and breathing tennis. It felt like they took away my oxygen.”

It was in the process of coming out of this hopeless place that she heard about the Miss Deaf India pageant, which she went on to win earlier this year.

“The format is quite similar to a regular beauty pageant, except, there is no bikini round and the interview round has been removed, though contestants can use sign language and there will be an interpreter to translate,” she elaborates.

The inspiring youngster was later spotted by Para Olympic silver medallist and Arjuna awardee, Deepa Malik’s foundation, Wheeling Happiness, which agreed to sponsor her and even got her some one-on-one time with former Miss World Manushi Chillar.

So what does she want to change in the world, if she manages to win that crown? “I want to be a role model for the deaf community and I would love to create a foundation that offers emotional, psychological and financial support,” Baliyan says, having needed all of the above herself.

Now we are on Telegram too. Follow us for updates
TAGS
Vidisha Baliyan Miss Deaf World 2019 South Africa