While political parties have made tall promises to address the issues of the Most Backward Castes, Namita Bajpai discovers they have just been lip service.

Sushil Nishad, 26, is an aberration in his family of boatmen. A graduate from Babu Ram Ujagir Singh Mahavidyalaya in Mirzapur, ensconced in the Vindhya range in eastern UP, Sunil had the dream to be a part of country’s justice system by becoming a judge.

A person with moderate means but a brilliant mind, Sushil moved to Kashi to study law.

Taking tuitions, he somehow managed his higher education at Kashi Vidyapeeth and got a degree in law. The time was there to appear in PCS(J) fulfill the dream he had been nursing so far.

Confident of his abilities, Sushil thought he would be able to make it with quota benefit of 27per cent meant for OBCs.

However, even after two attempts, Sushil is still trying to get through. Much to his chagrin, he found — on both occasions — that the list of successful OBC candidates was flooded with aspirants from more influential and well-off backwards like Yadav, Kurmi and Lodh. This year, even as he prepares for a third attempt, he is wary.

“My aspirations may touch the sky, but the ground reality is grim,” says Sushil.

“I have seen penury. I have seen my father struggling to feed the family of nine. The struggle perhaps never ends,” he riles praying for some seats left over for aspirants like him who come from most backward sections of society.

Theoretically, youths from the most backward castes (MBCs) like Sushil have rightful access to the quota provisions for the OBCs, but practically majority of them find themselves unequal to compete with the creamy layer comprising Yadavs, Kurmis among OBCs as they are socially and financially much evolved.

Nishad is just one caste among those 17 Most Backwards who had been struggling to get their share of the pie. The 16 others include Kevat, Kashyap, Rajbhar, Divar, Kahaar, Bhar, Tura, Godia, Kumhaar, Machhua, Batham, Prajapati, Mallah, Manjhi and Bind. Though there is no accurate data available related to their number as there is no caste census done but the MBCs together make up for nearly 14 per cent of the UP’s electorate.

It’s the sheer power of this chunk as a voting block that has compelled the political players of all hues in the state to woo them for political gains for decades. 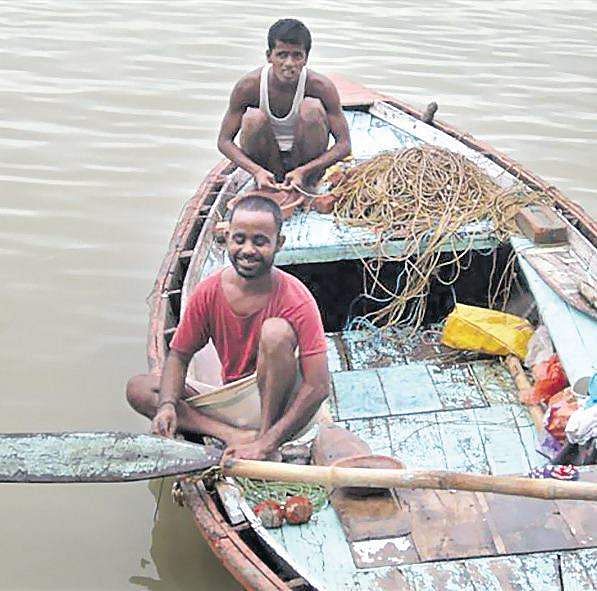 Yogi Adityanath government issued a GO on June 24, 2019 directing all District Magistrates and Divisional Commissioners to “issue” SC caste certificates to members of these 17 sub-castes as per rules after scrutiny of relevant documents in compliance with an interim order of the Allahabad High Court which asked the state government to issue SC certificates to the members belonging to 17 MBCs on the basis of verified documents till the final verdict in the case was delivered.

The justification for such proposals so far had been that these castes are lying at the bottom of OBC caste hierarchy and they fail to get the benefit of reservation as they are unable to compete with dominant and financially well off castes.

The inclusion of MBCs in Scheduled Caste category would enable them to avail quota benefits meant for Dalits which is considered lesser competitive than OBCs.

Even the cut-off marks in competitive exams are lower for the SC category than the OBCs. Moreover, the Dalits also get fee relaxation in educational and vocation institutions which is not so for the OBCs.

“What hope? Every party promises to improve our condition when it is election time. They promise our inclusion into ‘anusoochit jati’ (Scheduled Castes) where the benefits are more, but no one has been able to do anything so far,” says Jangilal Prajapati, 45, an agricultural labourer in Ahrauli village of Khalilabad.

Devoid of his land, Jangilal’s eldest of the three sons, Somesh, 28, has gone to Lucknow in search of job and now works in a restaurant.

Younger one Ramesh stays with elder brother to pursue graduation in commerce.  “If he gets a job in government or in bank, the hardships of the family will be over,” says Jangilal with a glint of hope in his eyes leaving the rest to fate.

Uttar Pradesh has 49.5 per cent — 27 per cent OBCs and 22.5 per cent SC/ST — reservation provisions in government jobs and admissions to educational institutions.

While OBCs constitute a major chunk (40-42 per cent) of UP’s population, SCs account for 21 per cent. Thus taking out 17 MBCs, who are 14 per cent of 40 per cent OBC population comprising 79 notified castes, would give remaining caste candidates better scope to avail quota benefits. MBCs would be better placed among Dalits.

It may appear a win-win situation for the ruling party as it will make both the OBCs and MBCs happy. But Dalits may feel the heat.

“If 17 MBCs would be added to SC list with existing quota limit, the competition for benefit will increase,” says a senior social scientist. In that case, to strike the balance, the government would have to get the Dalit quota limit expanded. It doesn’t seem easy with SC’s 50 per cent cap on reservation.

Yogi government after making the move came under fire from opposition which called the move ‘illegal’ which amounted to betrayal of MBCs.

Even Union Government rejected it saying it is not proper and not in consonance with the Constitution.

Moreover, those opposing the move think that with the inclusion of MBCs, the opportunities for existing castes already in SC umbrella (66 notified) would shrink.

That’s why BSP chief Mayawati, speaking for her Dalit constituency, vehemently opposed the Yogi GO. She is even demanding the quota limit for Dalits to be raised to 32 per cent to accommodate MBCs.