The Queen and I

Restaurateurs Heena and varun khera on finding each other and their ultimate calling.

For Heena and Varun Khera, things just worked out, whether professionally or personally. “I was working at Noida’s Film City in 2010 with a TV channel and would always end up working late nights. I had one favourite restaurant I’d order from, and speak to the same guy every time; I thought he was the manager,” says Heena. No prizes for guessing that it was workaholic Varun, who owned the place, whom she was speaking to. While their relationship dramatically blossomed over the course of the year, some things never change.” I’m the kind of guy who needs to go to work every day. 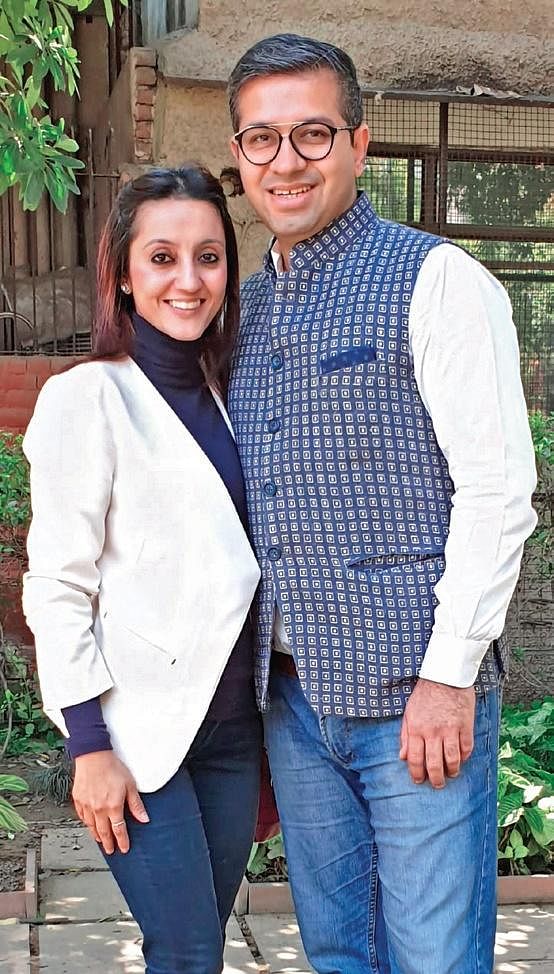 Pre-pandemic, I would take maybe half a day off in the week,” says Varun, while confessing he’s really cherished the time off that COVID-19 gave him, as he finally got to spend time with their kids, aged 3 and 5. But, back in 2010, before the kids, there were Heena’s parents. “My father was in the army and, as I told Varun soon after we started hanging out, my father would court-martial me if we didn’t make our intentions clear. Varun, anyway, very coolly invited himself over for coffee with my parents before anything like that could happen, and we realised that this was it,” reminisces Heena.

“Honestly, it was love at first sight for both of us. We were at an age when marriage seemed appropriate and we came together exactly when we were meant to,” says Varun, recounting the whirlwind romance that the couples’ parents “totally” arranged. They met in February 2010, were engaged by May, and married by November. Varun, who has been in the restaurant industry for 15 years, found his natural partner in Heena, who says, “I’ve always been into brand creation and development, while Varun has so much experience in F&B.” So it was only natural that when the two came together to create The Imperial Spice in Connaught Place, it proved a palpable hit.

For Varun, who had already run more approachable brands like Desi Vibes and Kaffiiaa, the progressive fine-dining restaurant provided an  entry to Delhi’s more exclusive environs. “We began with Oriental and North Indian cuisine and gradually introduced Continental as well,” says Varun, who eschews the term multi-cuisine,” Launched in 2018, The Imperial Spice quickly became a hit with the Capital’s elite as well as visiting expats, at one point becoming one of the most popular restaurants for foreigners in the city. Heena, her entrepreneurial zeal never having diminished, took things even further, establishing Queen’s Brigade, a women’s collective that operated largely out of the restaurant, before having switched to webinars in more recent times. “The inspiration may have been kitty parties, but I wanted to take it further and create a collaborative space for women to develop their own skills as well as support each other,” says Heena.

Meet the Parents
“Becoming parents really changed our perspective on things, which helped us also curate more engaging sessions on parenting and other issues close to our heart,” says Varun, with Heena chipping in, “Mental health seems to have become a red-button issue only recently, but it’s something we’ve been addressing since Queen’s Brigade began. We both have taken a stand in not exposing our kids to the internet before the age of 10, so we’re doing home schooling for now,” says Heena. This can mean different things to both parents. Varun hates messes, while Heena is presently teaching her kids to dabble in painting by impressions of their hands and feet on the walls of their home. “As I always tell Varun, it’s not a mess, it’s art,” signs off Heena.

Stay up to date on all the latest The Sunday Standard news with The New Indian Express App. Download now
TAGS
The Imperial Spice