An existing economic slowdown, now worsened by the virus, has affected all sectors. While the agriculture sector may not be hit, service sector employees and workers such as house helps, barbers, hawkers, migrant labourers et al have been losing jobs.

In the absence of a social security net, the future looks bleak. Here’s a deep dive into what’s happening

“It had been steady going for some time and we were planning to settle down, at least for some time,” said Das who got down from the Sabarmati Express, Thursday, at the Patna junction and waited for a train to Supaul.

“I really don’t know what to do now. Construction activity in Bihar is negligible, unless you are contracted to work on a highway. But there are no plumbing jobs. The Gujarat construction business has been hit hard and some 200 of us from Bihar have already come back,” he said.

Das has his wife and two children to feed. Das who was earning Rs 450 per day and entitled to free lunch, said “The money saved was just enough to hold my family together.”

On March 8, the contractor Tony Bhai paid him the dues for last six months and told him to go home as he ticked off others.

He was told that no work would be available due to the Coronavirus scare. He does not know what to do next, for, as he says, “There is no work to be had in any village of Bihar.”

Unorganised, unaccounted forDas is just a face among the estimated 500 million workforce of India, of which some 85% are in the unorganised and informal sector as per Niti Aayog’s ‘Strategy for New India at 75’ report released in November 2018.

They together, contribute upwards of 58.6% of the country’s Net Domestic Product too and 38% to the Gross Domestic Product (GDP) yet remain the most insecure in an emergency like the Coronavirus pandemic sweeping India.

The pandemic scare is likely to hit them the hardest as businesses fold up or go into hibernation. On March 20, Fitch downgraded India’s growth outlook to 5.1%, factoring the pandemic and estimated job losses and unemployment in areas such as agriculture, construction-real estate, social services and transport sector, besides hospitality, mining and manufacturing sectors.

Even Prime Minister Narendra Modi, in his March 19 evening address to the nation said “The brunt is likely to be faced by the lower middle class, the marginal communities and the poor,” underlining the pandemic’s potential to unsettle the most vulnerable sections.It’s, however, the under developed states with large migrant populations like Bihar, Bengal, Odisha, Jharkhand and Uttar Pradesh, among others, which are already feeling the pinch as thousands return home from southern and northern states and flee metropolises like Chennai, Bangalore, Delhi and Mumbai-as construction agencies, restaurants, parlours, dance bars, pavement food and other business et al, shut shop due to forced lockdowns and basic transport such as rickshaws, autos, cab services and carts go off the roads.

East Central Railway’s official spokesperson Rajesh Kumar at the Hajipur headquarters    reported sudden and huge rise in ridership between Patna and cities like Ahmadabad, Vadodara, Hyderabad, Pune, Chennai, Greater Mumbai, Coimbatore, Vishakapattanam, Kochi-Ernakulam, Delhi and Jammu. Migrants engaged in construction and packaging industries, besides transport, agriculture and cloth industry across states like Kerala, Karnataka, Tamil Nadu and Punjab, besides fruit farms in Kashmir, have been flocking back too as state administrations crack down on group activity and assemblages and advise them to go back to escape the virus onslaught and reduce their own respective state case loads. 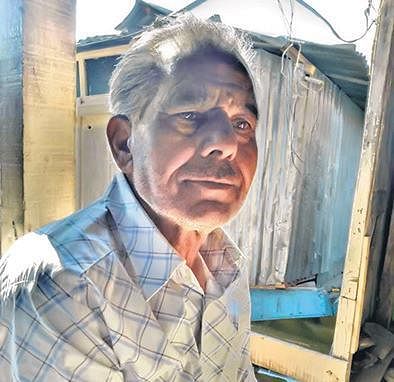 In Pathanamthitta districts Ranni village in Kerala, the Angadi panchayat clamped down on labour groupings-mainly drawn from Bengal and Bihar.

Panchayat President Suresh Kumar said, the district administration advised that due to spread of Coronavirus in Ranni taluka, some 15,000 labourers-mainly into construction and agricultural work, should return home.

Bifal Mondal, 43 and his son Siddhesh Mondal, 19, who worked on a pepper farm in Nellickamon village, were thus forced to return home to Murshidabad ‘despite wages being good. “There is no timeline for return. I returned on a train full of migrant workers like myself with no space to even stand,” said Bifal. An estimated 3 lakh workers from north India are presently working in Kerala and had to return due to the fiat.

To one estimate, Bihar itself has some 30 lakh migrant labourers working in metropolises and in states like Assam, Uttarakhand, J&K, Karnataka, Kerala, Tamil Nadu et al as labourers, security guards, drivers, tailors, masons, plumbers etc. The return of such huge numbers would weigh down poorer economies further, while rampant unemployment could see the crime spiral spike,” said Dr DM Diwakar, former Chairperson of AN Sinha Institute of Social Studies in Patna.

That the Coronavirus scare is affecting each and every profession became obvious when 35-year-old licensed sex worker Shyamali (name changed) was asked to vacate her room by her mistress in Sonagacjhi-Asia’s biggest red light district on the peripheries of Kolkata.

Shyamali had no choice as visitor numbers dipped sharply after India declared Coronavirus a notifiable disease and social distancing made an immediate impact. “I have been in this profession for 12 long years but I have to quit for good. The mistress told me, I am over 30 and with no clientele since a fortnight and only younger, better looking girls in demand, I should look for options”.

According to her, hundreds of women have left Sonagachi for their native places because of rapidly decreasing footfalls.

“Many, like me, will never be back. I was earning Rs15,000 per day and after paying rental of Rs 5,000 per day to the mistress, I saved money to rent an AC, fridge and other essentials. But for the last one fortnight, income has been zero and I can’t afford to rent to keep clients happy. And, there is no guarantee, that by the time things are better and I try to return, my room would not be taken over by a younger girl,” Shyamali said.

Shikara sold for menial job
The situation is much worse for Abdul Khaliq in Srinagar. He is anxious and distressed. Since August 5, when the state locked down, he had not been able to earn a single penny from the houseboat — his basic source of income. He had to sell his shikara (boat) to meet family needs and medical expenses of his ailing brother and sister and shift to doing menial jobs-working alternatively as a labourer and painter to fulfil basic needs. His family comprising six members is totally vulnerable, especially now with no one engaging skilled or non-skilled labourers. Khaliq is jobless.

Khaliq’s houseboat in Dal Lake named “Young Aspire” had seen no occupancy for months since August 2019. “My brother suffers from a heart ailment and sister has bronchitis. Treatment is expensive. That forced me to sell my houseboat for `30,000 and work as a labourer to keep my family off starvation. But with tourists keeping home due to Coronavirus and work unavailable in any sector, the future is bleak for most. I can’t work as labourer and with the government advisory to people to stay indoors and avoid unnecessary contact, I am staring at harsh days ahead and will have to sell my utensils and household items to stay alive,” said Khaliq.

Poor put out on streets
If Khaliq suffers, courtesy Corona, Aruna Devi, 45, who works as a maid in four households in the Bank Park area of Jaipur is as depressed. With the building she works in issuing guidelines to residents to minimize intervention of domestic helps, most doors are now closed to her. Her husband, a daily wager, worked as a carpenter, but there is no work for lack of orders in the last one week and he too is jobless. They have three little children to feed.

"Two households in which I used to work in had old people and children as well. When my child caught a cold, they became apprehensive and told me not to come for work while refusing to pay without work. I tried to convince them that I will take proper precautions. It didn't work.” So it is for Vibha (39), mother of two and a housemaid handling eight households a week back. She had been earning between Rs 15000-20000 per month, which has come down to Rs 6000 due to Covid-19 scare as most ouseholds have locked her out. Her day usually started at 5am in the morning, winding up her household chores before leaving for work. Now she has next to no work and she wonders, “How will my family survive?” Her husband who worked menial jobs has also lost work and can no more take care of their family back in Motihari, in Bihar.

Out on a limb
Ramnarayan (42), her husband said, “I would do odd jobs at construction sites, which are now closed. There is no work available. I fear my sons - Sameer (12) and Gaurav (7)-would have to drop out of schools. There is no money to pay.” An MCWS measurement showed that 96.48% of those in agricultural work are not in the organized sector, except some who work in mills. Of construction workers, 44.66% of the total workforce is estimated to be unaccounted for as are 57.19% of restaurant workers and 39% engaged by the transport sector.

However, there is 61.04% of workforce working in social and personal space, like maids, masseuse, parlour and domestic workers, barbers and others in the unorganised and informal sectors on whom the impact on the economy due the virus is likely to be most pronounced, with no social safety nets. Most risk complete pauperization and poverty.INPUTS: Rajesh Asnani (Jaipur), Fayaz Wani (Srinagar) Pronab Mandal (Kolkata), Rajesh Kumar Thakur (Patna), Vineet Upadhyay (Dehradun)

Stay up to date on all the latest The Sunday Standard news with The New Indian Express App. Download now
TAGS
coronavirus coronavirus outbreak