Trump, whose insurgent election victory was built on his willingness to disrupt political convention, was supposed to cross his arms and join hands with the men on either side of him.

MANILA: Donald Trump was all fingers and thumbs during a carefully choreographed photo op Monday at a summit of world leaders, failing to grasp whose hands he was supposed to be holding and breaking a lineup intended to showcase unity. [SEE MORE PICTURES HERE]

Trump, whose insurgent election victory was built on his willingness to disrupt political convention, was supposed to cross his arms and join hands with the men on either side of him.

But as others clutched the hands of the person to their left and their right, Trump used both of his hands to clasp the extended fingers of Vietnam's Prime Minister Nguyen Xuan Phuc. The doubling up left summit host Philippine President Rodrigo Duterte with a spare hand -- and broke the line into two parts. The handshake chain is a set piece of gatherings of the 10-member Association of Southeast Asian Nations (ASEAN), who are meeting with leaders from China, the US, Russia, New Zealand, Australia, India, Canada, Japan and South Korea. 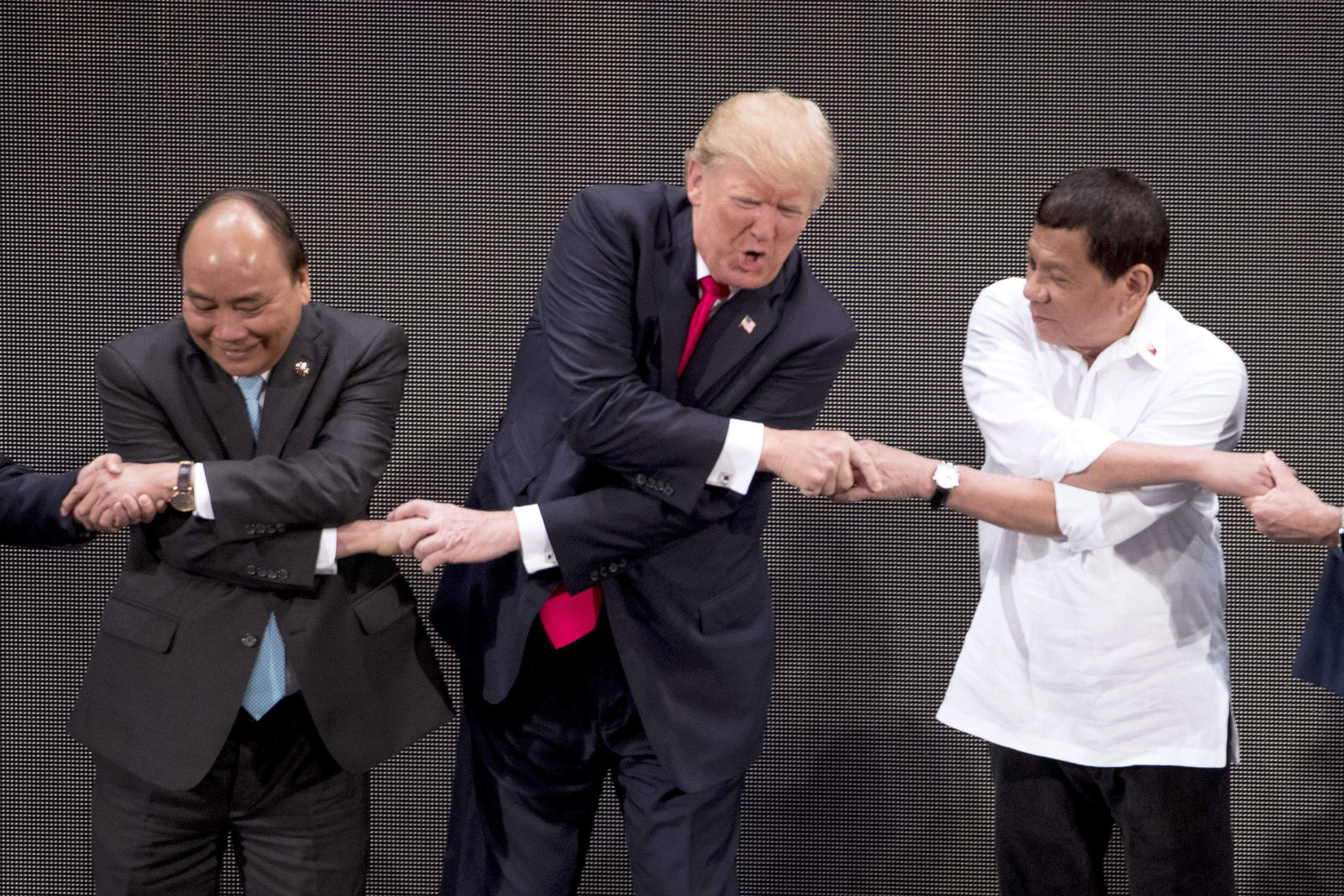 After an awkward few seconds, Trump appeared to recognise his error and made the link between Nguyen and Duterte.

Trump is on the final leg of a tour of Asia that has taken in Japan, South Korea, China and Vietnam.

The famously bullish former businessman has largely avoided the kind of protocol pitfalls that can ensnare even the most careful traveller in this often formal part of the world.

Now we are on Telegram too. Follow us for updates
TAGS
Donald Trump ASEAN photo op goof up Trump in Philippines handshake