Bharti Airtel continues to pull ahead of Jio, Voda-Idea in subscriber additions

Vodafone Idea (Vi) saw no real change in fortunes, continuing to lose subscribers at a rapid clip (56.9 lakh) during this month too.

NEW DELHI:  December 2020’s telecom subscriber data shows that Reliance Jio’s thus far unchallenged dominance in the mobile telecom market, a privilege it has enjoyed ever since its launch in 2016, is finally
being put to the test. Data from the Telecom Regulatory Authority of India (TRAI) shows that Bharti
Airtel has beaten its Mukesh Ambani-owned rival in terms of subscriber additions more often than not over the past three quarters. 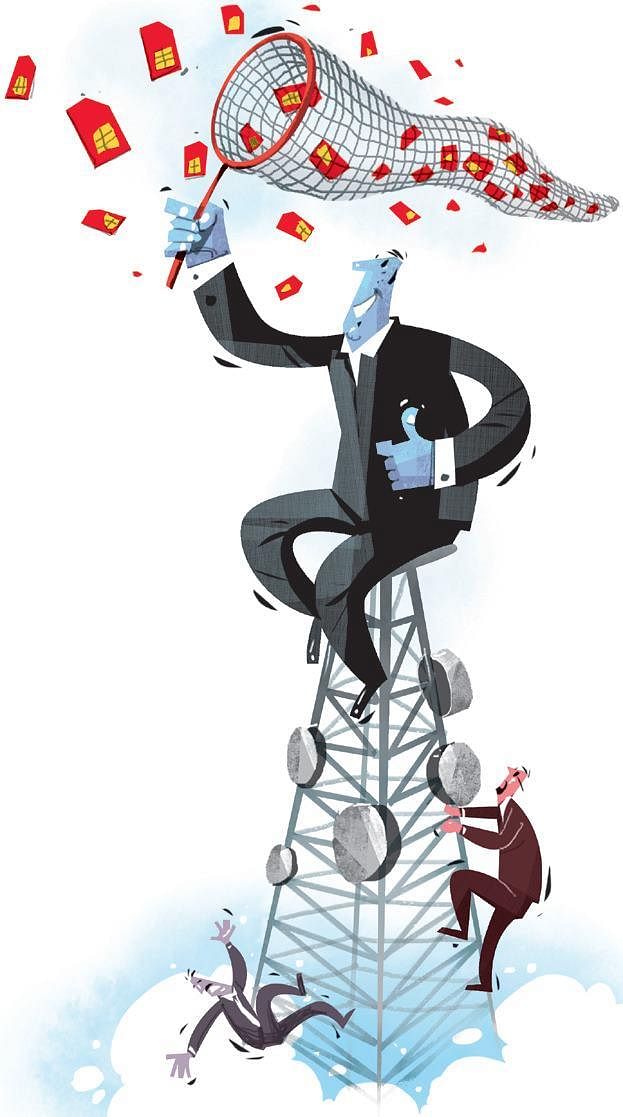 In December, in fact, the data shows that Airtel has regained the market lead in terms of active subscribers, according to analysts from Motilal Oswal Financial Services. Jio, however, continues to hold the lead in gross subscribers. According to the TRAI data, Airtel added a net 40.51 lakh subscribers during the month, while Jio managed to add only 4.79 lakh subscribers.

Vodafone Idea (Vi) saw no real change in fortunes, continuing to lose subscribers at a rapid clip (56.9 lakh) during this month too. BSNL (2.5 lakh) and MTNL (6,442) also lost subscribers. In terms of gross subscriber market share, Jio remains the leader with a 35.43 per cent market share. Then comes Airtel with 29.3 per cent and Vi (24.64 per cent).

However, in terms of active subscribers (which do not include numbers that have not been used in a while), Airtel beat Jio to retake the market leader crown during December 2020. According to Motilal Oswal, the TRAI data shows that Bharti added 55 lakh active subscribers during the month, bringing its total active user base to 32.9 crore.

Jio’s numbers here were better than its gross, but it still managed to add only 32 lakh and bring its total active user count to 32.8 crore-lower than Airtel’s numbers for the first time since it took the market lead in May last year. As of December-end, Airtel had an active user market share of 33.7 per cent, Jio 33.6 per cent, and Vi 26.3 per cent.

Now we are on Telegram too. Follow us for updates
TAGS
TRAI Bharti Airtel Jio Vodafone Mukesh Ambani