Onida devil says he didn’t get his due

There are many peculiar things that define the 90s kid. From Cartoon Network to Gameboys, the iconic tag line of Onida’s Devil mascot “neighbours envy, owners pride” is one such trigger of nostalgia.

BENGALURU: There are many peculiar things that define the 90s kid. From Cartoon Network to Gameboys, the iconic tag line of Onida’s Devil mascot “neighbours envy, owners pride” is one such trigger of nostalgia.
But, did you know the Onida devil did not have an Onida TV at home. David Whitbread from Bengaluru who played the role went to purchase at a local TV store where the owner of the store recognised him and gave him 20 per cent off on his purchase.

“It is quite funny, at least I should have been given a TV,” said the once glorious devil. “They still haven’t paid me around `3.5 lakh for the last commercial I did,” he added. City Express called Onida for a comment, but did not recieve a response. 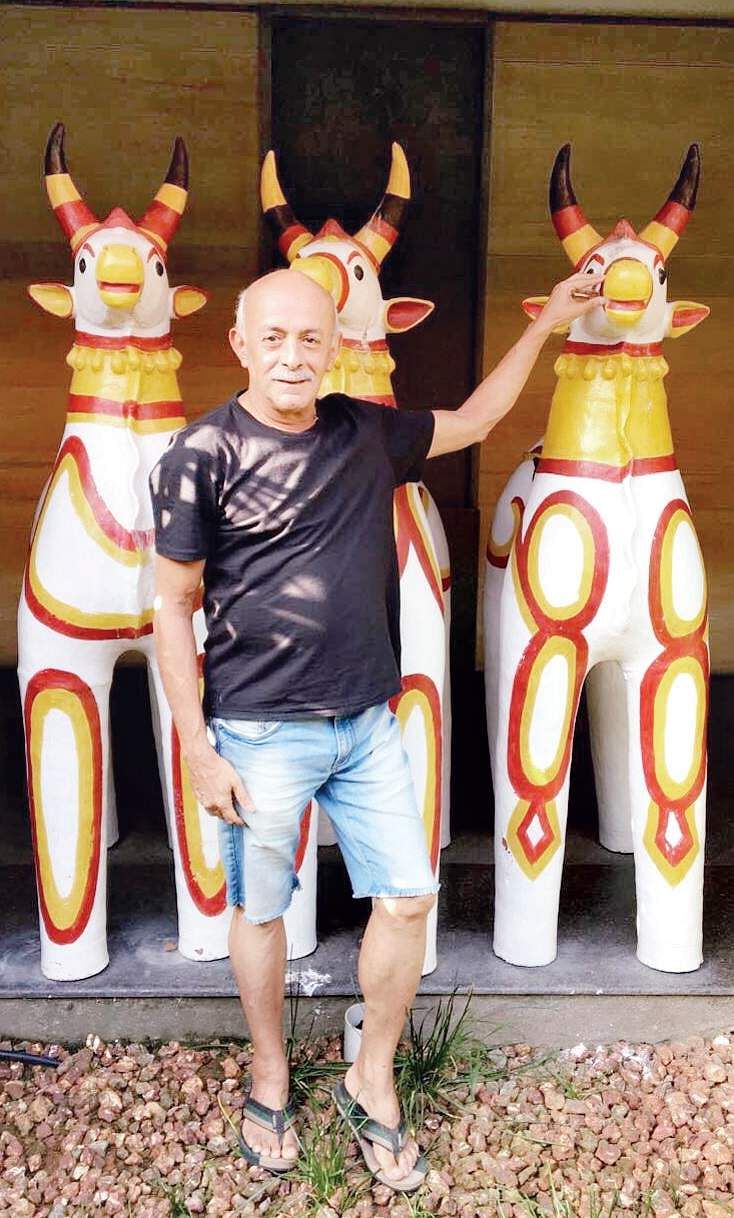 David currently resides in Conoor with his family members and two dogs. No, he wouldn’t have lived his life any other way.
With Onida’s bold move to introduce the devil instead of the conventional 80s ad, the sales skyrocketed and the ad became iconic.

In 1997 the Onida television sales plummeted by 39 per cent and it slowly hit rock bottom.
Choosing a career in the line of a fashion stylist, Whitbread ventured to Mumbai when he was 22-years-old. Working backstage was his comfort zone, so when ten years down, veteran of the Indian advertising industry, Gopi Kukde, approached him with his caricature and offered him a role in the advertising world, David rejected them for four months because he did not believe that any company would be willing to endorse his face.

When David was told that he would be paid `6000 for a day’s shoot, he readily agreed.
His fame was kept a secret from everyone. He made it a point not to tell anyone that he was on TV, not even his sister, with whom he lived in Mumbai. “Honestly I was a bit embarrassed, But then they eventually found out ,” David laughed.

He did around six advertisements after Onida, for Sundrop oil, Goldsport and others. He also did a cameo role in Kaho Na Pyar Hai as a buttler in Hritik Roshan’s house, but he was famed for being the devil. Quite and polite in real life, the devil persona of him had to be enacted in various ways. He was the mascot for Onida from 1885 to 1999. When Onida’s business collapsed, he decided to retire.
When he thought about retiring, Prasad Bidapa, his close friend, told him that he was too early to retire, so he joined Bidapa’s company and works as a stylist till date.

“Prasad has nurtured me as a stylist and he still introduces me to people as Onida’s devil and I am like oh! nobody remembers now, find something new to say,” said David.
There were a few Onida Devil faces replacing him after his retirement but David says the concept did not work.

“How long can you keep the concept going without getting bored?” questioned the now 64-year-old stylist. “It is more like the Amul girl. If you change her icon then people may not appreciate it,” David added.
When approached again for an Onida ad, David decided not to go forward with it.
“After my retirement I realised that I had a big part to play in the Onida’s success but people might think I am trying to milk this thing dry,so I thought enough,” said David.