Sanskrit is fun, it just needs a hot-cross bun

If your child has Sanskrit in her curriculum,  then you are a no stranger to the whining about how difficult the language is.

BENGALURU: If your child has Sanskrit in her curriculum,  then you are a no stranger to the whining about how difficult the language is. The main problem lies in teaching of the language, says a 40-year-old Sanskrit scholar Pradnya Jere-Anjal. To remedy it, Pradnyal is working to release a series of nursery rhymes in Sanskrit.
A mother of a 12-year-old, she quit her job in January to work full-time on developing an animated nursery-rhyme series in Sanskrit that will be available for free on YouTube. 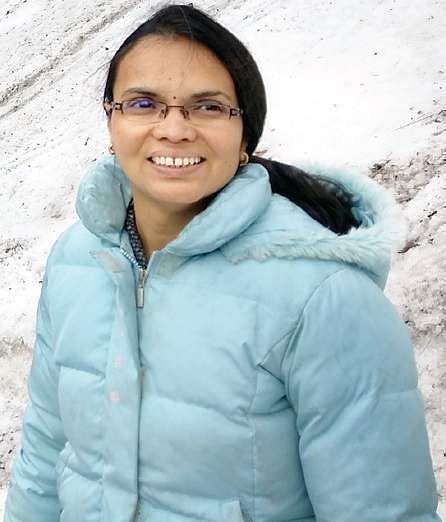 “I had a pleasant experience learning the language,” she says. “I was introduced to the language when I was in Class VIII and my first teacher taught me Sanskrit in a rhyme instead of making me learn Sanskrit grammar by heart... Now I hold a PhD in the language and I also have an experience as an instructional designer. So I thought of making the language friendly with rhymes and animation.”

Her first attempt at the Sanskrit rhymes was uploaded on August 12 online and till date, it has received over 17,000 views. Though the song was recorded in November 2015, the animation took time. She also says her work had made the project a “weekend affair”, so she decided to give it a full-time shot.
Pradnyal aims to launch 15 songs in the series that she is thinking of naming “Jalpanam Gitam,” which translates to “water-rhyme”. Her friends in Maharashtra is helping her with the music while the animators are yet to be decided.
“I have the music in my head while I am writing the lyrics of the rhyme,” she says. “I think of popular music such as Jingle Bells or Old McDonald. I will look into the copyright issues as well and then proceed with the tune.”

The Series
Her daughter also actively participates in the venture. “She is really good with designing,” says Pradnyal. “She selects the features and dresses of the characters.”
Pradnya wants to make signature characters such as Chota Bheem. She says the characters will remain the same while the scene will change with different songs. “If all goes well then at least two rhymes of the series will come up by the end of March,” she says. The series will be available on YouTube and can be used for all non-commercial purpose. The current one available on the public platform titled “Warnamala” is also being revamped.

Just like other languages, Sanskrit should be taught for usage followed by lessons in grammar. “The problem is that the children learning Sanskrit only want to score well,” says Rohit Bhushan, a Sanskrit teacher in Electronic City. “I teach students who have completed Class-10 level and I see that they are more interested in scoring for exams than trying to make the language their own. They find it difficult otherwise because nobody speaks the language.” He also highlights that grammar is integral to the language and is needed for the proper sentence structure.
Benefits of the Language

Pradnya believes that Sanskrit as a language is not dying, it is not only confined to pujas and religious ceremonies. She says. “The rules of geometry finds its origin in Sanskrit.”
She launched a campaign on January 25 on Milaap, a crowd-sourcing website. She aims to raise `7,50,000 for the project and has managed nearly 2 lakh now.