A 37-year-old hotel management graduate says she just followed her inner voice and that path has today led her to hosting an exhibition of her recent works — ‘Mountain Musings’.

BENGALURU:Naina Maithani Kulkarni is a self-taught bastract. The 37-year-old hotel management graduate says she just followed her inner voice and that path has today led her to hosting an exhibition of her recent works — ‘Mountain Musings’. 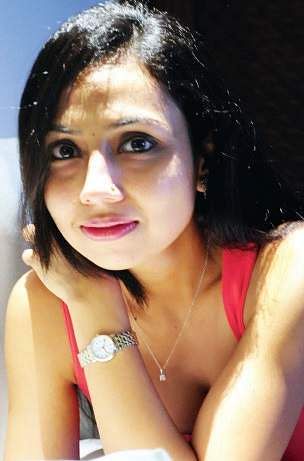 “The fact that I didn’t bind myself to any conventional rules, helped me flourish as a self-taught abstract artist,” she says. Naina grew up in Dehra Dun and am currently based in Bengaluru.

Her current collection is an ode to her  hometown, Garhwal. “The collection can be best described as a childhood diary – an almost intrinsic, eye-catching journal capturing the different moods of the mighty mountains through my eyes,” she says.

‘Mountain Musings’ is a  of the old mountains and its story – the echoes of the winds carrying fragments of the clouds, chasing butterflies, thousands of periwinkles, and numerous dawns and the dusks Naina witnessed during her days in the mountains.

The artist began her journey with art by managing an upscale art space in New Delhi. But it was her conversation with Vietnamese artist, Tran Viet Son on the banks of the Thu Bon River in Hoi An that led her to pursue art professionally. The artist went on to become her mentor. “Mr Son was my Buddha! His mentorship was beyond precious. I met him in Vietnam and he didn’t just give me painting lessons... instead he gave me life lessons,” she recollects.

The two would discuss a painting after it was completed - the colours used, the composition, where and how to sign the paintings.  “His most important teaching was to be thoughtless while painting and leave the world behind,” she says.

In the beginning, Naina tried the Jackson Pollock style of drip painting as it appealed to her, but she gave up on the brush later. She then picked up rollers and started using them on canvas. “When I still couldn’t find my style, I approached Mr Son impatiently and asked him to tell me what my signature painting method could be,” she says.

Son told her to keep painting until she found it naturally.

“Today, I’ve found my style in abstract art. It was a journey that took me six years, and I’m glad to have found it,” says Naina who has been painting for seven years now.

She believes that only abstract form can offer a certain freedom and space. “In abstract art, the colours can move freely without being restricted to a certain shape or figure, and that’s what continues drawing me to this form of art,” says the 37-year-old.

The  collection of abstracts - ‘Mountain Musings’ is up on display at Sublime Galleria, UB City till July 4 (11am – 8pm, Monday-Saturday).