It is said that CCB officials received a complaint from the public that Nithyananda is promoting the use of marijuana by saying that it helps in meditation. People demanded that CCB take action.

BENGALURU: Central Crime Branch sleuths have issued a notice to self-styled godman Paramahamsa Nithyananda after his recent speech about marijuana in a viral video on local news channels on Wednesday. It is said that CCB officials received a complaint from the public that Nithyananda is promoting the use of marijuana by saying that it helps in meditation. People demanded that CCB take action. 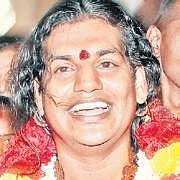 A senior police officer said, “CCB has asked the Bidadi police to look into the matter as the ashram falls under Bidadi police station limits and once they submit a report we will take further action”.

Meanwhile, an officer from Bidadi police station said, “Nithyananda has been out of the state for four months on account of Chaturmasa. Recently, CID officials had come to his ashram to talk to him about a case but they were not able to contact him. We are not aware of his speech and are yet to receive any instructions from the CCB.”

It may be recalled that in August this year, Kannada rapper Chandan Shetty was in the dock after CCB officials had issued a notice to him accusing him of promoting marijuana in his new song and he had written an apology letter to CCB after appearing before them. Shetty’s new song, was launched in July and went viral on social media. He was asked to appear before the police but he did not reply to the first notice. However, a day later he came to the CCB office and clarified by writing an apology letter. As marijuana is a banned drug and Shetty has a huge fan base, it amounts to violations of NDPS Act.