What will be the future of stand-up comedy?

It seems like a cosmic joke that the easing of our lockdown coincides with the sharpest spike in cases.

BENGALURU: It seems like a cosmic joke that the easing of our lockdown coincides with the sharpest spike in cases. This week, states around the country decided to open up businesses and other utilities, to allow life to crawl back into cities. Malls and restaurants have opened up. The sight of more vehicle on the road provides an illusion of normalcy. And yet, one group of people are thoroughly confused about their future – stand-up comedians.

I will be lying if I didn’t admit we had a good run over the last few years. Urban India discovered an affiliation for the art form, and pubs and bars were filled with comedians nervously displaying their nonchalance to unsuspecting crowds. Like every other discipline, stand-up comedy had its cons too. There were always drunk uncles relieving you of the pressure of landing your punchline – by adding their own. The money paid at some of the shows would make peanuts appear like gold coins in comparison. Private shows usually began with bizarre instructions – ‘Don’t do non-veg jokes – but little bit naughty-naughty jokes are fine’. Or the classic – ‘We don’t mind political jokes – but don’t crack jokes on BJP’. 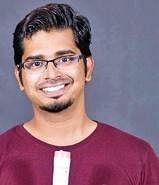 But that would be nit-picking in another glorious art-form. As an art form, stand-up comedy allows you to function without a boss hovering above your conscience at all times. The timings are perfect for nocturnal creatures, and it requires pubs, beer and other vices to flow. And it gives me the opportunity to interact with and befriend people from all ages and walks of life. Some of my stand-up colleagues are battling middle-age, while others are worried about their Board Exams!

It was a good run while it lasted, but I am worried about the future of the art form in a post-Covid scenario. How will people be seated at a show? Do we ask them to maintain social distancing? Will the audience wear masks during the performance? Imagine the horror of not being able to tell if the audience is laughing at your joke, or yawning out of boredom!

And what about the comedians themselves? Do we all bring our own mics to shows? Or do we sanitise the microphone after every performer? And does the stand-up comedian wear a mask? Or should the stage be placed at least a few metres away from the audience to ensure there’s no spillage of viruses?

Some of us have made the switch to online digital shows, which comes with its own set of new-age problems. There is a lag between the punchline and the response – three seconds of horror when we are unsure if a joke really worked. On some occasions, the audience purchase one ticket and place their entire joint family in front of the laptop!

But on a more artistic level, what do stand-up comedians joke about? The last few months have witnessed heart-breaking events across the world. After making it safe through a pandemic, how am I supposed to crib about my childhood, or grumble about my smartphone? Which also throws up another question – in an environment where everyone is easily offended – will stand-up comedy be perceived as insensitive amidst a global pandemic? These are some of the questions stand-up comedians around the country are pondering over. When will people trust the world enough to risk their health by attending a comedy show? Laughter is the best medicine, we are told – but not before a vaccine for coronavirus comes out!