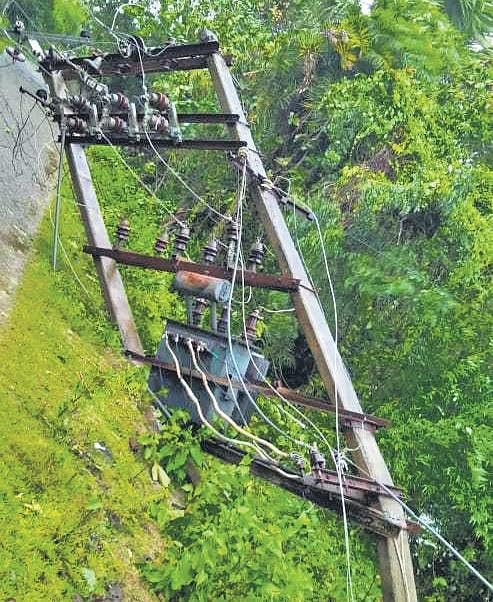 Power supply to all the affected consumers of Southco covering Ganjam districts were restored by 5 pm while a large number of areas of Jagatsinghpur and Kendrapara districts were under darkness till the report was filed.

“Power supply to all divisions under CESU area except Jagatsinghpur, Paradip, Kendrapara, Marsaghai and Nimapara has been restored. Power to the three districts will be restored by Wednesday night,” said Energy Minister Dibya Shankar Mishra after a review meeting.

While power supply was fully restored in Puri town, restoration works were underway in areas of Nimapara, Kakatpur, Gop and Astarang. He said the remaining areas of CESU will be restored by Thursday.

In Nesco area of operation, power restoration works were on in full swing. Efforts are on to restore normalcy at the district headquarters of Bhadrak, Balasore, Jajpur and Covid hospitals followed by temporary medical centres.

At Dhamra, Chandabali, Bhadrak and Basudevpur work was not restored till the report was filed.

A report from Nesco stated that around 83 km of 33 KV line, 396 km 11KV line and 855 km of LT lines and 162 distribution transformers were damaged in the wind. After a detailed survey of lines on Thursday, exact damages and restoration plan for balance areas will be estimated, he said.

Taking stock of the situation through video conference, the Energy Minister said 371 gangs (10 work-men in each gang) have been prepositioned at strategic locations for restoration work. In Nesco areas 2000 electric poles, 4100 insulators, 120 km length conductor/cable, 60 distribution transformers were sent. Control rooms operated at each discom head office along with a central control room at OPTCL.

Many areas of the Twin City of Cuttack and Bhubaneswar witnessed temporary power disruption since Tuesday night but normalcy restored on Wednesday morning.