The scandalous novels of their time 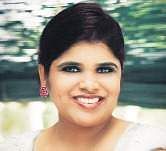 The book caused such an uproar that it was instantly withdrawn from circulation, and Cleland himself was arrested again when he was released from debtor’s prison. The book was privately circulated at the time, and is easily available to buy now.

In 1785, the Marquis De Sade wrote a treatise entitled The 120 Days of Sodom which features an exhaustive list of eroticism and kinks that were unheard of (at least in polite company) at the time. He was imprisoned by Napoleon Bonaparte in 1801 for his literary efforts; his family rallied on his behalf and he was declared insane two years later, and moved to the asylum at Charenton, where he remained until his death in 1814. The term ‘sadism’ is derived from his surname.

The New York Society for the Suppression of Vice successfully campaigned to keep it out of the US, and New York postal officials seized and burned copies of the magazine. The book was published by Shakespeare and Company in Paris and was banned in the US, Britain, and Joyce’s home country of Ireland.

Lady Chatterley’s Lover, by
D H Lawrence, was published privately in Italy in 1928, and caused instant outrage for its depictions of adulterous love. It was the subject of obscenity trials in Britain, Japan, and India, and banned in the US and Canada. Australia not only banned the book, but also banned the book outlining the details of the obscenity trial.

Next week, we wil focus on more novels that caused uproars when they first came out, and at a future date in this column, I’ll review them all. Please feel free to consider the books I write about a personal recommendation, if you are so inclined.