CHENNAI: For the last six years, the residents of Sunnambu Kolathur have been at the receiving end of civic hassles. But the one that has haunted them for the longest period is the discharge of untreated sewage from the Kilkattalai sewage treatment plant into the Kilkattalai lake surplus canal. The neighbourhood has been a breeding ground for mosquitoes and diseases. The pleas of 1,500 families living here have remained unheard. Their struggle with stench is now fast leaking into their lives. 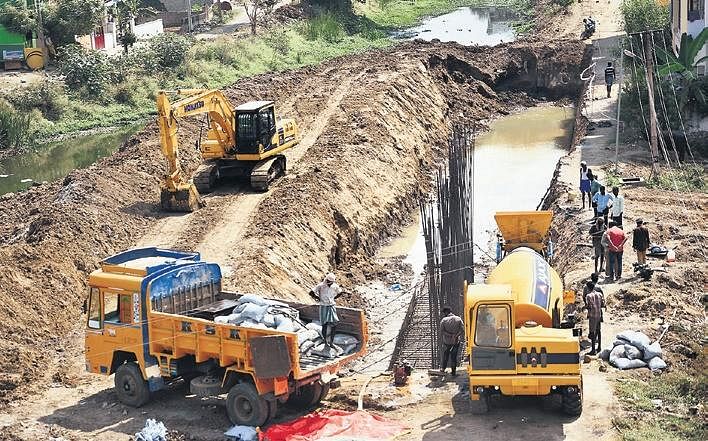 “The municipality officials are unable to handle the facilities and do not seem to care. We find that there is a continuous discharge of sewage from the stormwater drains along the Medavakkam High Road into the Kilkattalai canal. This can be witnessed at any time of the day. Also, there is a frequent breakdown of pumps and pipes in the sewage pumping stations leading to discharge of sewage into the canal. The frequency of this occurrence is so often that an illegal pipeline has been laid from the pumping station into the canal,” said J Sankar, Federation of Sunnambu Kolathur Residents Association.

Long battle
In 2005, the residents of Sunnambu Kolathur had petitioned the Madras High Court and warned against setting up of the pumping station near the Kilkattalai Lake. However, it was constructed at a cost of `75 crore and opened in 2014. Thus, began their problems. “From 2014 until today, we have been complaining. But the officials do not seem to be paying heed at all. Previously, when a pipeline was laid illegally to let the sewage into water, we opposed it and ran from pillar to post submitting petitions for it to be removed. The situation turned better when it was finally broken. But three months ago, we realised they laid another new pipeline to discharge sewage,” said another member of the association.

But that’s only one part of the worry. The contamination is a carrier of infections and diseases, making the residents fall ill frequently. “The entire Sunnambu Kolathur is contaminated due to this sewage discharge of about 12 million litres every day. We are facing contamination of groundwater, wells, breeding of mosquitoes, unbearable stench and diseases daily. When we complain, the officials always report machine breakdown as the reason. But they must go for repair mechanisms instead of simply letting sewage into a precious waterbody,” said Vani, a resident of Kagithapuram.