HYDERABAD: A 38-year-old tailor, Omer Iqbal, who duped a woman on pretext of performing black magic and collected money from her, was arrested by Rein Bazar police on Thursday.

Rein Bazar police inspector Mohammed Javed said they received a complaint from one Razwana Begum stating that they approached Iqbal as they had family issues. They also paid `20,000 to the baba after he promised to perform black magic to rid them of their troubles. However, the baba duped them. Based on complaint, police registered cheating and extortion cases against Iqbal. 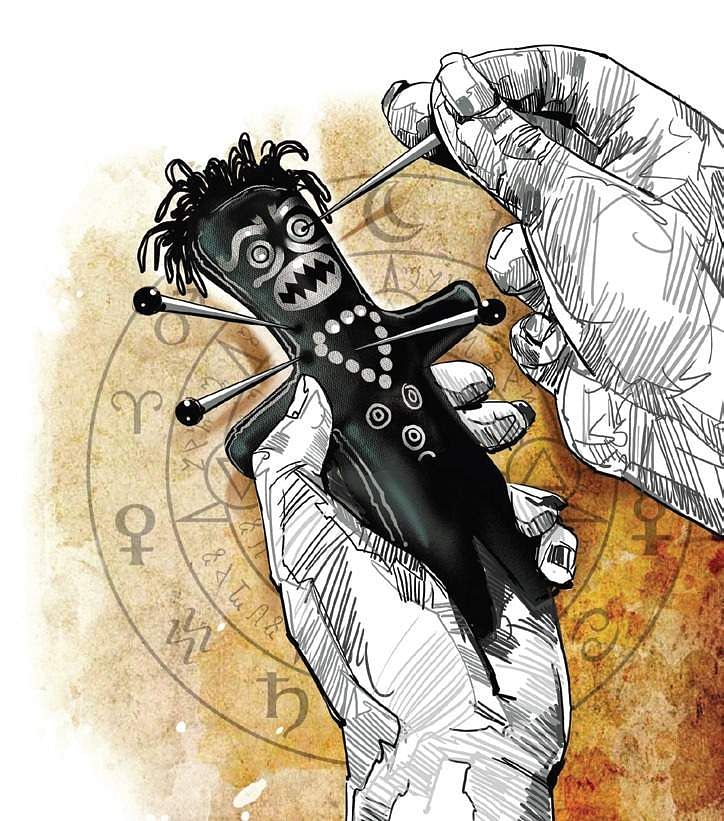 This is not a one off case. Old city’s witchcraft queen, popularly known as Nagin Bhabhi in Sultan Shahi Basti, is a history sheeter who has undergone police action several times for duping people through witchcraft. However, according to Vijayendra Singh, from the City Civil Court, despite several police raids in the past few years, some also leading to the closure of businesses of many fake babas, ammas and bhabhis, people still flock there for advice and solutions to their problems.

“Nagin bhabhi gets at least 50 customers everyday, even educated and well qualified individuals. Being superstitious is the norm here. Whether the victims of these frauds are educated or illiterate doesn’t really make any difference,” shared Singh, who resides in Sultan Shahi.

Referring to some instances, V Satyanarayana, DCP, South Zone said, “The practice of these blackcharmers and magicians is rampant in Old City mainly because majority of population here are illiterates. However, they get educated customers in good numbers also.

This is because these people are greedy, they think the babas would suggest them some shortcut to success. Some of the educated lot also approach these babas thinking they will chant some mantra to punish the other party with whom they are having a feud over property.”

“Once, a tantrik, Fatyaz Ansari, who was in an illicit relationship with an Old City resident’s wife, sadistically tortured the man’s nine-year-old son for months and even sodomised him.”

The victim’s father who lives in Kuwait told Express, “My son once saw my wife in objectionable position with Ansari. He warned that he will tell me about it. Ever since then, with my wife’s help, the tantrik started torturing him and threatened him to not tell me anything about them. He stabbed him on his back, stomach, foot, and fingers, using a blade and poured hot wax on him. He even sexually exploited him a few times. Once, he disrobed him and left him lying nude for several hours. My kid underwent torture at their hands for three months, until I visited India and found out about those horrible things.” Now, Ansari is in police custody.

“A lot of the educated lot approach these babas, I believe, because the institutions of rationale are very thin,” said Satish Podwal, the head of cultural studies department at EFLU.

Jameela Nishat, founder of Shaheen Women’s Resource and Welfare Association, an NGO,  said, “Our women field workers and volunteers share stories of how difficult it is to liberate people from the superstitious practices. They feel that the babas are master of words and know how to influence people. They even are capable of hypnotising them to surrender their property.

I remember an NGO founder who had reached out to one ‘choo wali maata’ to get back her husband’s lost attention. The educated ones even fall in their trap as they are either pushovers or are in a haste to make big fortune.”