The auto/taxi drivers and bus employees of Kochi admit the roads are less clogged compared to the previous month.

KOCHI: With the Kochi Metro extending its service from Palarivattom to Maharaja's College Ground since October 3,  the traffic congestion witnessed on the stretch has drastically come down. Though the Metro authorities are yet to come up with a survey in this regard, the auto/taxi drivers and bus employees admit the roads are less clogged compared to the previous month. According to bus operators, if a vehicle took nearly one and a half hours to reach the city from Aluva, now the running time has been reduced to 40-50 minutes even during peak hours.

"Earlier we took more than one and a half hours from Aluva to reach Maharaja's Ground," Ramesh, the driver of a bus plying between Fort Kochi and Aluva, told Express. "But now the situation has changed a lot as we can cover these areas within 40-50 minutes. The Metro does play a major role in reducing the traffic congestion."

The areas such as Changambuzha Park, Palarivattom, Kaloor, Kacherippady, Edappally, Kaloor church and M G road are mostly considered the most congested traffic spots on the Metro stretch. When Express conducted a reality check from Palarivattom to Maharaja's College Ground on a motorcycle during the peak hour in the evening, it took nearly 18 minutes to reach the destination while the Metro takes nearly 10 minutes. 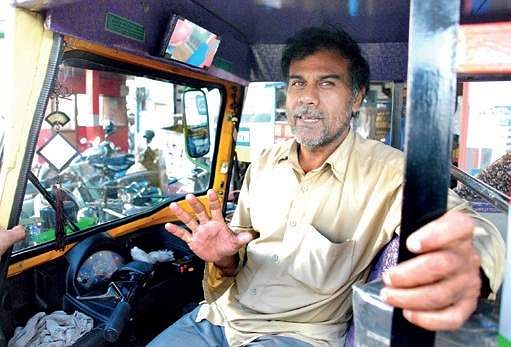 Basheer Mohammed, an autorickshaw driver at Kaloor, told Express driving has become more comfortable after the Metro commissioned its second phase. "A major chunk of the Metro passengers earlier used to travel in their own vehicles. Now they have fully shifted to the Metro. The result is also visible on the road and that might have helped reduce the traffic congestion."

However, Uber driver Shibu begs to differ. "Traffic congestion in the city has come down, but we can't say it is because the public have shifted to the Metro. The major cause of traffic congestion was due to the construction equipment for Metro works dumped near the roadside. Now, they have cleared everything and that may have resulted in the free flow of vehicles. Moreover, the renovation of arterial roads is also a reason," he said. A survey about the Metro conducted by the students of International Journal of Innovative Research in Computer and Communication Engineering also found traffic congestion has reduced after the service was launched. As per the survey report, 68 per cent of the public opined the Metro has helped reduce the congestion in the city. Whereas 15 per cent of total respondents commented against the whole sentiments.

Though the acceptance of Kochi Metro is all set to script a new history, it is turning to be a jolt for the those whose livelihood depends on public transport systems such as buses, autorickshaws and online taxis. "With the people started accepting the Kochi Metro the income of the private bus services has declined. If earlier the daily collection went above Rs 9,000 a day, it has now come down to Rs 8,000. The drastic decline is being witnessed in the minimum ticket fare," said M B Sathyan, president of the Kerala State Private Bus Operators Federation.

A Uber driver also accepted their business too has been affected by the commencement of the Metro. "When its first phase was launched, it didn't make much of an impact. Now, the situation has changed with the commencement of the second phase. We are finding it difficult to get trips  compared to last month. When we asked customers, they said they have started using the Metro service as well," said the driver who has completed more than 2,000 rides with Uber.

However, Uber refuted the opinion of their drivers. "Since the launch of the Metro, we have seen trips originating and ending at the stations. With services like uberPOOL, we are providing reliable first and last mile connectivity to provide ease of accessing stations and further encourage the use of public transit systems," it said in a statement.