With its unique crowd funding policy, Filmocracy Foundation is helping filmmakers make their project a success

KOCHI: Filmmaking is an art but the capital that is required in making a film is sometimes not sufficient enough. The result: artistic objectives of the film is often hampered. It was these challenges faced by the non-mainstream filmmakers which resulted in the formation of the  Filmocracy Foundation, who help a team of budding filmmakers make films through their crowd-funding model and providing them the necessary equipments.

The Foundation, a registered Not for Profit Organisation (NPO) was formed by filmmakers, editors, cinematographers and actors. It functions as a platform to help non-mainstream, independent films in all genres by helping the struggling filmmaker to realize their film project and thereby promote it. The foundation also provides production, distribution and exhibition alternatives to sustain independent cinema.

Although the crowd funding model was prevalent, one crucial flaw was that you need to go to the public for contributions project after project. But Filmocracy raises funds in a unique manner. “The required materials and equipments for filmmaking are raised from the public as contributions and some also make contributions in the form of money,” said V G Baburaj, one of the members of the foundation.
Filmocracy uses crowd funding to create a production set-up instead of channelising the funds into a film project. 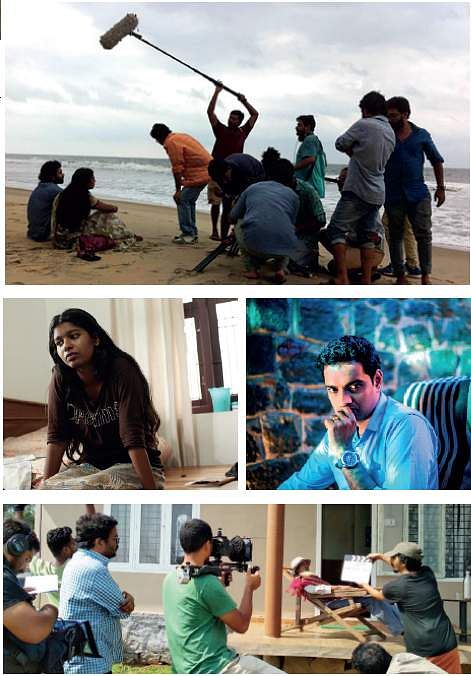 With almost the same fund required for a small feature film, Filmocracy has a cost-effective plan to set up a production facility that can support hundreds of film projects. First it provides a smart range of equipments accomplished by the revolutionary advancements in camera, lights and rig technologies in recent years. Secondly, it provides a compact crew trained in new technologies who can manage most of the shooting. With these, measures combined with an efficient crew can bring the costs down to a mere 10 per cent of the conventional production costs. A feature film can be made with a budget of Rs 3 lakh to 10 lakh and thus the possibility of recovering such an investment is very high. Therefore, it would be easy for a filmmaker to find such a small investment.

The Foundation was kick started in Kerala a year ago. Since then, the foundation has supported five feature films-’Avalkkoppam’ by Prathap Joseph , ‘Vith’ by Don Palathara ‘Viraagam’ by Ansar Shaiju, ‘Vaasanthi’ by Rahman Bros and ‘Pixelia’ by Ratheesh Ravindran including three short films- ‘Atheetham’by Praveen Sukumaran, ‘Tonsure’by Sharath Chandra Bose and ‘Rosa Lima’by Anish Pallyal. The foundation has helped many filmmakers to make their project at a minimal cost. “My first feature film was ‘Chewing Gum’ starring Sunny Wayne. Recently I completed my new feature film with the help of Filmocracy foundation who gave me all the equipments required for the shoot at a reasonable rate,” said Praveen Sukumaran, director.Besides functioning in Kerala, the Foundation has started accepting projects from other states like Karnataka, Tamil Nadu, Telangana and Andra Pradesh.

How it functions
A filmmaker or a producer can submit their short film, feature or documentary projects for production support online at WWW.FILMOCRACY.IN An expert five-member panel would select the projects based on its content and creativity or being experimental. Most of questions regarding the submission are answered in the FAQ link on the site. And then, the shoot kit is provided.