Rewriting the boundaries of creativity

We inhabit a character that has been instilled in us due to the environment we lived in.

KOCHI: We inhabit a character that has been instilled in us due to the environment we lived in. We are often influenced by its ideological nuances. The art exhibition titled ‘Boundless Boundaries’, organised by the students of Raja Ravi Varma Centre of Excellence for Visual Arts at Indiriyam Art Gallery, Mattanchery, conveys the same through various paintings and installations. 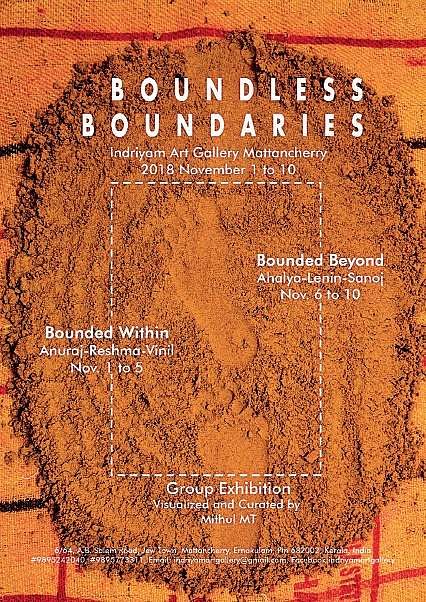 “This exhibition has a huge significance in contemporary Kerala which has been threatened by both environmental and ideological factors. The flood has shown nature’s reaction to human activities,” says Mithul M T, the curator of the exhibition. “Nowadays, people seem to have lost their cognitive sense for spirituality, politic, democracy, and their rationality. Through this exhibition, we are trying to address this diverse issue using the environment as a prominent factor.”

Bounded Within
The first part of the exhibition focuses on what defines humans other than the mere flesh and blood. It seeps into the nuances of sensations like visual, auditory, olfactory and many others the develop the dynamic perceptions within us. The artists are self-questioning themselves with a pinch of criticism.

Bounded Beyond
The second part emphasises on the surroundings human beings are bounded into. It reflects the social inequality, destructive environmental transformations, violence on the basic human rights and many amongst others. Struggle for the resources and resilience of people will be depicted in these works.