Narrative of a journey between life and death

Life and death are realities. But there is a phase in between these two.

KOCHI: ‘There are things known and there are things unknown, and in between are the doors of perception.’ - Aldous Huxley. Ramgopal A’s debut short film ‘Savvy?’ begins with this quote. Experimental films are few in India, but Savvy?, an English short film, is a groundbreaking one in the genre. The 19-minute long film has already won around 20 awards at different national and international film festivals.

Life and death are realities. But there is a phase in between these two. The journey between life and death is shown in a gripping way as the film depicts the life of a contract killer named Savio. “Savvy? has been made on the lines of a crime fantasy. In most of the short films, the viewers interpret what the director is trying to convey. But through Savvy?, we have set a premise through sequences that make the audience ponder on the plot. Each viewer will have open interpretations of the short film. We have treated Savvy? in the way that will render a personal experience,” says Ramgopal. 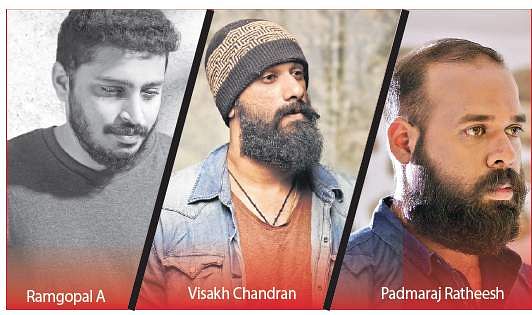 Visakh Chandran and Padmaraj Ratheesh play primary roles. According to Ramgopal, the plot of the short film was in his mind for a while but didn’t have the elements of death in it. “Some of the movies I saw at film festivals influenced me to alter the plot pattern. Also, there is a book called ‘The Tibetan Book Of The Dead’ which is mentioned in the short film. The book is also alluded to in Gaspar Noé’s movie Enter The Void. We have incorporated many elements from the book too,” he adds.

Savvy? is produced by Middle of the Road Cinema and Backend Productions. The cinematography and editing by Prakash Rana is topnotch. Music, graphics and art design are the other departments that deserve mention. “Being my debut project, there were difficulties in the beginning. But a film is always an end product of teamwork. So we were able to execute it well,” says Ramgopal.

Ramgopal affirms that directing a feature movie is his cherished dream. He has definite plans but does not want to rush into any project. Savvy? was released on YouTube on Saturday. “We had apprehensions about the viewers’ feedback. We were sure that people who like experimental short films would like it. But many said that the short film evoked curiosity in them. The overall response has been very good,” he says.