In light and darkness

The Covid-19 pandemic affected people from all walks of life.

KOCHI: ‘The Invisible Humans’, the directorial debut of Aaron Mathew sheds light on the shadowed lives of senior citizens in the post-Covid era. The film has been shortlisted for World Health Organisation’s ‘Health For All Film Festival’

The Covid-19 pandemic affected people from all walks of life. It confined us to four walls. While for many it was an opportunity to rekindle relationships and reconnect with family, for senior citizens who live alone, it was an unprecedented nightmare.With relaxation in restrictions, the younger population had the liberty to go out. However, the long-standing severity of Covid forced the elderly to continue at their homes causing psychosocial symptoms like hysteria, panic, anxiety, and depression. 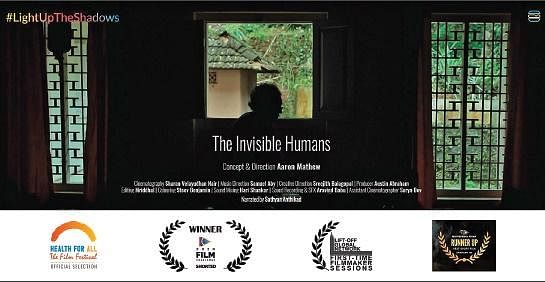 Aaron Mathew conceptualised and directed ‘The Invisible Humans’ a micro-documentary that deals with this issue. It was shortlisted from over 1,200 entries from 110 countries for the Health For All Film Festival organised by the World Health Organisation (WHO). The movie is the only entry from India in the category- Health Emergencies. 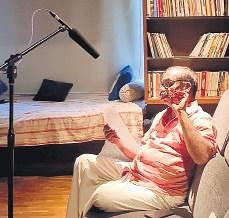 “The pandemic took a toll on the elder community. My 80-year-old car-enthusiast grandfather decided to sell off his car seeing no hope of the pandemic retreating. That made me realise that the older population is finding it hard to cope,” said Aaron. He also came across an article that mentioned that 11 per cent of the population in India and 17 per cent in Kerala are senior citizens. He realised it is a bigger issue, impacting an already vulnerable population.

“We can keep them from slipping into darkness by reaching out at least over the phone. I just wanted people to remember and understand how important such small gestures are,” says Aaron The earthy, raw cinematography from ‘Ambili’ fame Sharan Velayudhan Nair played a big role in portraying the play of light, which brings the narrative together through a subtle shift of dynamic frames. The background score paired with a soul-touching narration by the ace film-maker Sathyan Anthikad makes ‘The Invisible Humans’ an opportunity for contemplation for everyone.

The three-minute-long film has garnered a good response. “It made us realise that we have conveyed the message right. Many got so emotionally carried away that they instantly called their old parents and relatives,” said Aaron. The movie was produced by Bun Omelette. Sreejith Balagopal managed creative production. Samuel Aby handled the music.