Ponnu Sanjeev and Anjali Krishnadas, two friends who are passionate about dance, are coming together to integrate multiple streams of traditional dance

KOCHI: It was almost five years ago in Mumbai, under the tutelage of mohiniyattam danseuse and Padmabhushan awardee Kanak Rele, that Ponnu Sanjeev and Anjali Krishnadas met. The two dancers, who until then had divergent practices and even differing initiation to classical dance, quickly became friends. Ponnu and Anjali realised that  their views on how performative artforms should be practised, taught and performed and by whom matched immensely. A thought took seed, one that involved launching a platform through which they could propagate what they believed in. Their dance collective ‘Thudippu’ started in late 2019 is the fruition of that seed.

At the very core of Thudippu is Ponnu and Anjali’s desire to traverse the strict hierarchy and orthodoxy of classical dance forms by making the art available to all sections and ages; an attempt of cultural exchange that is truly egalitarian. “It is not often that you find someone with a similar mindset within dance circles. The idea for Thudippu had been long in the making.

Even when we were in Mumbai, we would come to Kerala and conduct workshops. For long, traditional artforms have been the territory of a few privileged sections. When we were young, we used to hear people say learning dance is an expensive affair. So, the basic idea behind Thudippu is to make classical dance accessible to everyone irrespective of class, caste, gender and age. Apart from that, we have big plans for the collective,” says Ponnu. The two, who are also dance educators, are all set to give classes at Kadavanthra and the River Bourne Centre. Their main studio is located in Tripunithura. 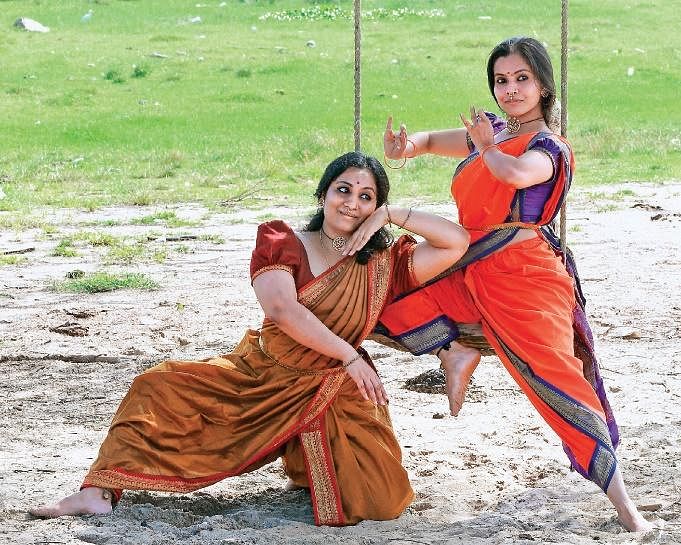 Ponnu, who is a trained mohiniyattam, bharatanatyam and kathakali, has been practising since a young age. Anjali, on the other hand, took up classical dance at age 22, and has learnt mohiniyattam and kathak. Given their combined experience of many years and the knowledge of multiple dance forms, the two are also keen on foregrounding contemporary issues that are immediately relevant in society.

Thudippu’s social media handles are replete with short choreographies, dramatising recent incidents such as migrant deaths during the lockdown or the custodial death of a father and son from Tamil Nadu in June last year. Evidently, Ponnu and Anjali’s collective ethos is a marked departure from conventional or customary narratives depicted in classical art forms.

“We wanted to take up subjects that are current and would easily translate to our audience. We are not looking to change the entire practice. We don’t claim to be better than fellow dancers but we do think that the themes and stories depicted need to be updated,” says Anjali.Among the various workshops held under Thudippu, one that Ponnu and Anjali cherish the most is the one they conducted at the Bridge School in Attappadi. “We knew some of the teachers from the school.

We approached them for the possibility of a workshop and they readily agreed. The two-day camp we conducted saw the participation of more than 200 students. Everyone was so eager to learn. Even small kids were able to catch our movements with ease. In fact, they ended up teaching us about tribal and folk art forms. The workshop turned out to be a learning curve for us rather than the students,” says Anjali.

With big projects in the pipeline, the collective which has been registered as a trust, is currently on the lookout for sponsors to fund various initiatives. Their upcoming full-fledged production based on the demon queen Hidimbi and her son Ghatotkacha from Mahabharata is an attempt to foreground a marginal narrative from the epic. “It is going to be another interpretation to the story delving into how she brought up her son all by herself. Additionally, we are studying how kalari and dance can be integrated,” says Ponnu.Find the dance collective on Instagram @tudippu_