By   A Sharadhaa
Express News Service

Ganesh-starrer Geetha, directed by Vijay Naagendra, has Malayalam heroine Prayaga Martin venturing into the Kannada film industry. The film’s title is based on the 1983 classic film starring Shankar Nag. Prayaga says she feels fortunate to play the titular role in the film.

“I am a Malayali who is just stepping into the Kannada film industry, and that happens to be Geetha, and I happen to play the titular role. While I consider it an honour, the responsibility went so much into my head that I did a lot of preparation for this role,” she says. In an interaction with City Express, the actor talks about how she made sure that she understands the culture and history of Sandalwood, and learns more about the legendary actor-director, to help her give life to the character. 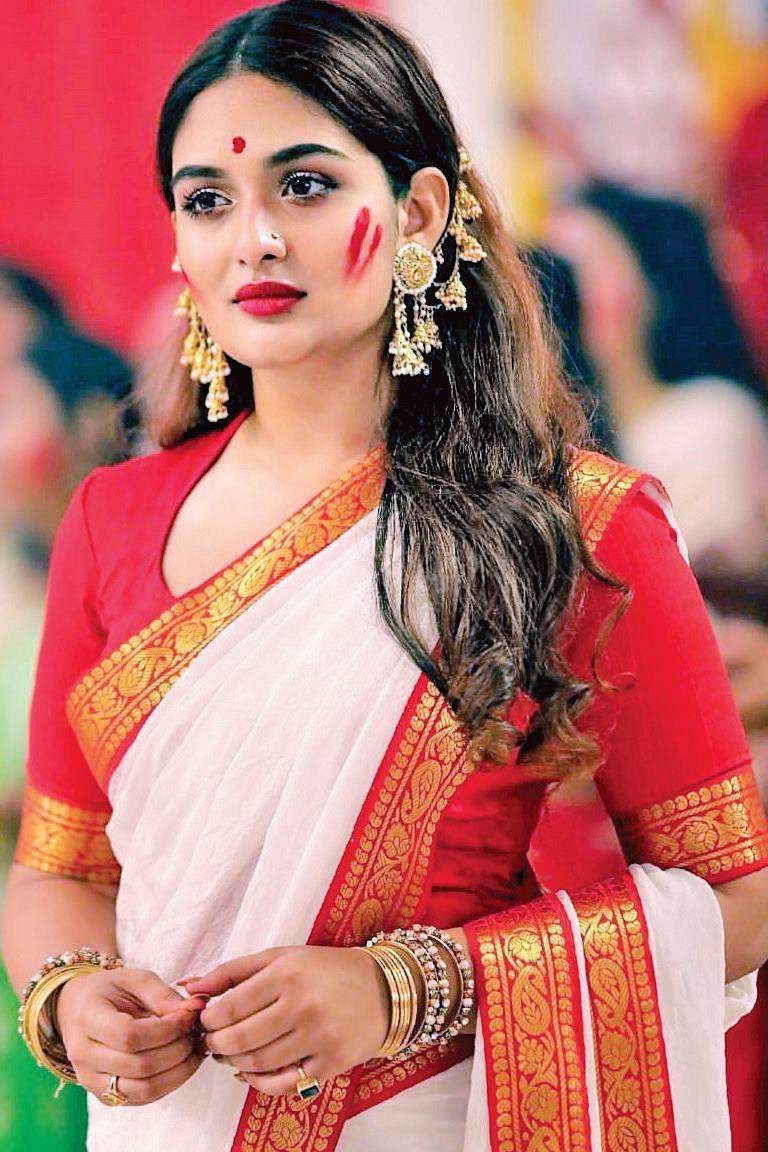 Since Prayaga is playing the titular role, the team of Geetha was particular that she watches the film starring Shankar Nag. The actor adds that she was familiar with the actor-director for his work in Malgudi Days. “When I received a call from team Geetha, they also mentioned that the title was revived from the classic film.

They were also specific that I do some homework, including watching Geetha, though it was not a sequel, and nor will the film see any kind of shades of that film made in the ‘80s. But because I am an outsider to the Kannada industry, they felt that this project will help me get familiarised with Kannada films, songs, and the legacy of Shankar Nag, etc. It did help me know it all better.

I share a lot of similarities with  Geetha
Prayaga, who started her film career when she was 19 with the Tamil film Pisaasu, is now an established heroine in the Malayalam film industry. The 14-film-old actor says among all the films that she has been a part of so far, Geetha stands a chance to stay closest to her heart since she shares a lot of similarities with the character. “Geetha is someone who any girl of today can relate to,” says Prayaga. Independence is something that varies from person to person.

For me or according to Geetha, the character is a woman who lives on her own terms, doesn’t like to depend on anybody else, and is a likable, real, raw, straightforward and mature soul. She is happy-going, a helping hand, content with her life, respects herself, and others as well — more or less what today’s woman is or likes to be. Geetha is someone I would look up to. So while playing this role, I didn’t feel like I was doing something that I have never done before. I enjoyed myself being Geetha and I felt that I could nail myself,” she adds.

I am a proud Malayali, but also have Karnataka in my heart
Kannada industry comes across as very professional, says Prayaga. “It was a motivational factor for me when I learned that legendary actors like Rajinikanth and Anil Kapoor and popular heroine like Deepika Padukone started their career from here,” says the actor, who was also happy to know the history behind the Gokak agitation, an episode that is being explored for the first time in Geetha.

“I was interested to know what the agitation was all about, as it is an episode in Geetha. I asked the director to brief me about this, while I also read about it. My heart also has a place for Karnataka, and the feeling deepened when I got to know that legendary actors like Dr Rajkumar, Shankar Nag, and Vishnuvardhan have come together for their Kannada culture and language. If the same unity is showcased even today, I am sure, Kannada industry will go a long way, “ Prayaga says.

Geetha has the best team coming together
According to Prayaga, Geetha had the best team coming together, that includes actor Ganesh, producer Syed Salaam, director Vijay Naagendra, DOP Shreesha Kuduvalli, and Santhosh Ananddram, among others. “Vijay was the first person I met, and I loved the narration he gave about my character and the film, to me and my parents. This apart, I had a detailed description from the team, including from the DOP, who discussed the costumes, makeup, and hair.

They were specific about how they wanted to see me as Geetha on screen. The director is a man of vision, and I hope, it all falls into place and syncs with his thoughts. A special mention should go to Shreesha, who has done a marvellous job,” says Prayaga, who was awestruck with Ganesh’s performance. “He is so natural that I had all my attention focused there whenever he did his scenes. I should also mention producer Syed Salam, who was an integral part of the shoot,” she says.