Award for special effects was conferred on Sidharth Priyadarshan, son of filmmaker Priyadarshan.

KOCHI: Malayalam cinema,with 11 awards, has excelled again at the National Film Awards. At the 67th National Awards announced on Monday, Priyadarshan-Mohanlal team’s Marakkar-Arabikkadalinte Simham was chosenthe best feature film. There was a double delight as Kallanottam directed by Rahul Riji Nair was chosen as the best regional language film (Malayalam). 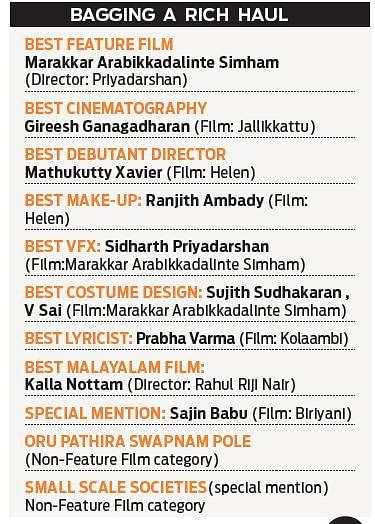 Now we are on Telegram too. Follow us for updates
TAGS
National Film Awards Marakkar