‘My journey as a comedian has been long and lovely’

... says veteran comedian Senthil, who has made a comeback with Suriya-starrer Thaanaa Serndha Koottam

CHENNAI: He may have been in the industry for almost 50 whopping years now — in which time he has done more than 1300 films — but the way Senthil talks still betrays the same innocence that has long been the hallmark of the characters he’s played on screen. As he’s talking to me, he reveals he’s on his way to Chittoor and that he’s lost his way. It’s straight out of one of his tracks. After a roadside vendor tells him directions, he returns to the call and says, “Etho solrange, onnume puriyale.” 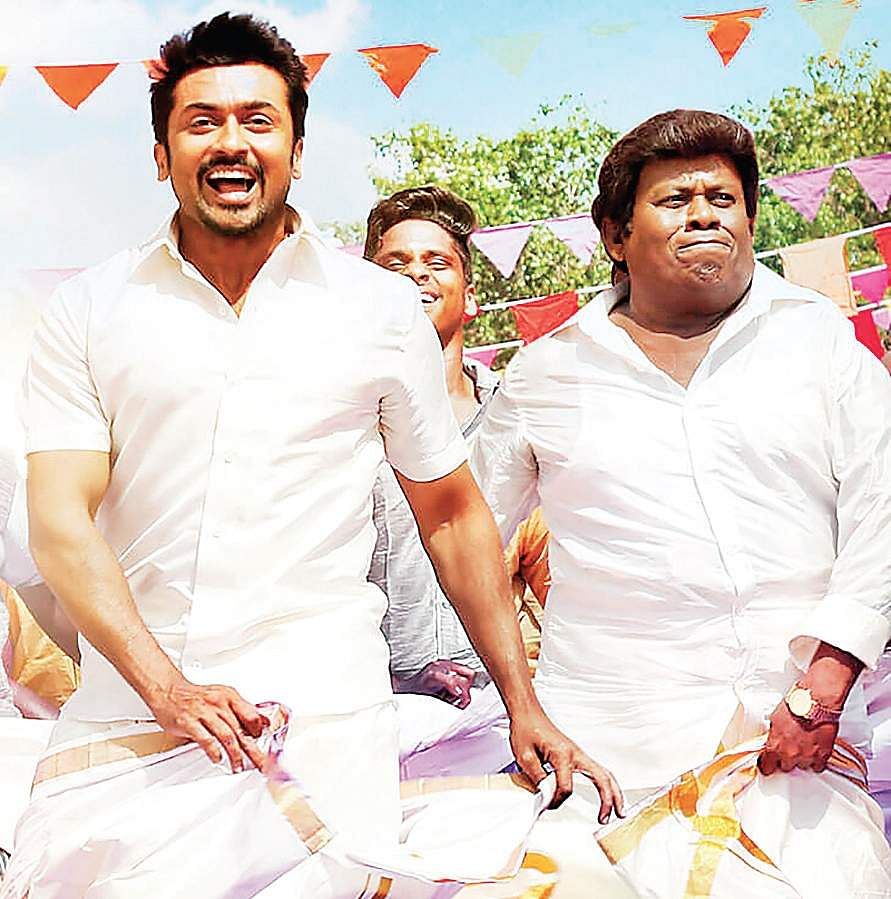 Last Friday’s big release, Thaanaa Serndha Koottam, marked a comeback of sorts for the veteran comedian. He attributes the gap to an injury. “I injured my back in an accident and couldn’t act.” But that didn’t stop him from watching films. “I’ve been keeping track of all the films. Those days, films easily ran for a hundred days. Karagattakaran (Goundamani and Senthil’s 100th film together) ran for more than a year. We can’t expect the same anymore,” he says. “Internet-u, antha tube-u (YouTube) la vanthathuku aparam, ellam maariduchu. Bringing the crowd to theatres is so difficult today.”

He’s happy to have made his comeback with TSK. “I had a great time shooting with the team. They were all so young and their energy so contagious. You could say I’ve become a youngster again after working with them,” he laughs. The film had references to his iconic Petromax and vaazhaipazham jokes. “It was quite nostalgic to shoot those scenes. People everywhere are asking what it felt like to be reminded of those jokes,” he says.

This is the first time the actor has worked with Suriya in his career. “I’ve worked with his father, Sivakumar sir. So to get to work with his son, Suriya, is an experience I’ll cherish.” But he says he doesn’t compare them. “They both have their unique style and shouldn’t be compared,” he says. “Sivakumar sir is a legend who should only be compared with the likes of MGR sir and Sivaji sir. No one can pull off the role of Lord Murugan as he has.”

I ask the inevitable question about Goundamani, and why they don’t act together anymore. “There was Charlie Chaplin and then came Laurel and Hardy. Similarly, in Tamil cinema, there were many veterans before us, and then we proved to be successful,” he says. “Comedy has changed with the times. That’s probably why we have dozens of comedians today, which wasn’t the case a decade back. The comedy in our cinema is doing a good job of staying relevant to the times, I think,” he says. He turns nostalgic suddenly. “My journey as a comedian has been a long one, and it’s been lovely. I think I’ve done every role that a comedian can hope to — from the role of a naïve villager to even getting to be Goundamani’s father in Nattamai (smiles). All I want to do for the rest of my life is continue acting.”

Egged on by the response to TSK, the actor has signed more films. “I play an interesting role in Pistha and will appear in a majority of the portions alongside Shirish (of Metro fame). I’m also looking forward to Pattarai, in which I play a negative role,” says Senthil, whose son Chandru is now working as an assistant to director Siva, and has been part of films like Veeram, Vedalam and Vivegam. When asked if he’ll star in his son’s debut film, Senthil says, “I will act in his film only if the role is apt. It would be unethical to star in it just because he’s the director.”