The man who loved the city: Remembering director CV Sridhar

With no new films in the theatre, Sujatha Narayanan catch up on some of my favourite classics.

With no new films in the theatre, I thought it to be a great idea to catch up on some of my favourite classics. In the process, I discovered newer dimensions to older films, many of which, by no standards, ‘feel’ old. Specifically, director CV Sridhar brought in a modern twist to Tamil cinema in the 60s. All his films dealt with romance and courtship before marriage. 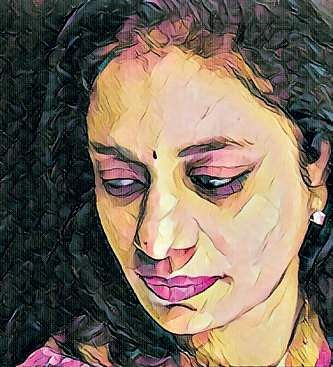 The woman in the story is often educated and integral to what happens. Be it in musical comedies like Kadhalikka Neramillai or Ooty Varai Uravu or serious stories like Nenjil Or Aalayam or Sumaithaangi, the Sridhar tropes were always in sync with the amazing soundtrack of his films (by the M S Viswanathan & Kannadasan combo, no less). Some of his tropes being, a middle-class graduate hero, a heroine as important as the hero, parents who are like friends to their children and have normal conversations with them, situations often with one insurmountable problem, and a story that places human emotions and value for relationships above all else.

Also commonly spotted were supporting cast members like Muthuraman, TS Balaiah, Nagesh and Sachu who along with the lead pair, made the film so tightly woven around their performances too. Not to forget the sprinkling of English in the dialogues and the impeccable costumes and makeup which all looked oh-so real. Sridhar can rightly be called the first ‘urban’ filmmaker of Tamil cinema, whose films were set in and around cities, with characters drawn from the educated sections. His hero is always a city-bred graduate, whose views on family, marriage and love were in line with the-then new-age philosophy of individual gratification being above society’s.

With dollops of good humour and genuine barbs, his films are replete with situations which are reflective of the times they were set in. And this is what a good film or for that matter, any work of art must do. It is through such classics we see a life that was once lived, an era that went by. The timelessness of his content is proof of the good writing and direction. For instance, the use of ‘trunk calls’ to convey important information or the telegram to convey immediate news is a regular in Sridhar’s films. Can you imagine an era without the mobile phone?long-distancetance call, the feeble audio levels, and hence the loud “hellos and yes yes” all form part of the milieu in a Sridhar film.

His best makeover was perhaps the modern, casual look he gave to Sivaji Ganesan in films like Nenjirukkum Varai and Ooty Varai Uravu. The former is a forerunner to K Balachander’s Varumaiyin Niram Sivappu, and the latter is a testimony for how Sivaji Ganesan can transform himself into a modern character, despite all the heavy histrionics in his epic-based films. The nonchalant use of terms like ‘girlfriend’ or the easy conversational Tamil makes Sridhar’s films easy to identify with, even today. His films also brought the brilliance of TS Balaiah to the fore, along with the genius of Nagesh. Mixing comedy with helplessness, dialogue-driven humor with body language, situational jokes with quick repartees, Sridhar’s lighter films showcased the perfect timing of both these actors and made way for a female alternative to Manorama in the beautiful and talented Sachu.

The LP records (yes, those gramophone circular spools which are the stuff of legends now) of Kadhalikka Neramillai were much in demand once, at a time when people wanted to ‘learn’ the dialogues along with the songs in that film. I know this because my household was filled with a few of those records, which now rest in a film shelf, along with other greats like Thillana Mohanambal and Karnan. I’d love to watch these films any day on one of our digital apps; that way, you’d be more likely to get a good print than on YouTube. Also, this would mean that millennials will also get to see what our films looked like, decades ago. And of course, there is nothing really like holding a Collector’s Edition DVD of your favorite film. It’s like the touch, feel, and smell of your favorite book which lingers on, as against those black and white words on an e-book.

The writer is a former journalist who has worked in the film industry for several years and is passionate about movies, music and everything related to entertainment