Jannareddy Jagannath Reddy, known mostly as J J Reddy, who produced and directed the first Telugu digital movie Vegam in 2006 recalled that this April marks the completion of the 10 years of the Digit

HYDERABAD: Jannareddy Jagannath Reddy, known mostly as J J Reddy, who produced and directed the first Telugu digital movie Vegam in 2006 recalled that this April marks the completion of the 10 years of the Digitisation of the Telugu movie industry. The movie also won the Bharatmuni Award for the category of the Best Experimental Movie of 2007. 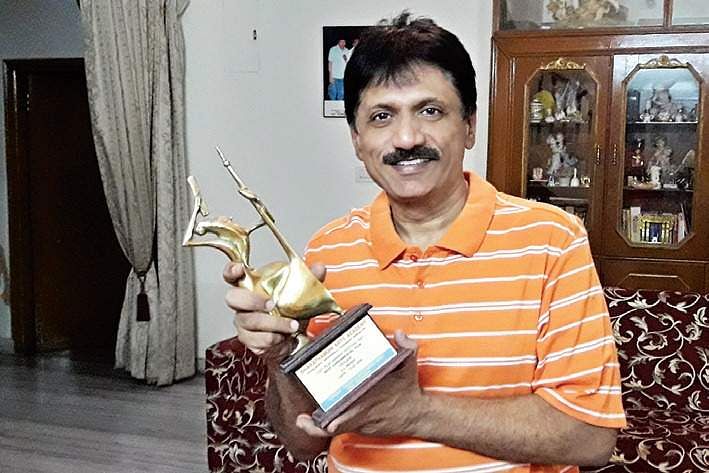 “There are always stories which are behind the curtains in the process of  evolvement and development of technology. It has been ten years since  our Telugu movie industry has taken  the path of digitalisation. Till 2006, the cinema industry was using the film medium for shooting and screening movies.

This caused a huge financial burden to the producers and made movie production feasible only for  financial giants.  The expenditure was high, so was the risk. The need to cut the expenditure was of utmost  necessity  and so, digitalisation was the only way to do it.

To  enable this, my partners and I set up Sruthi Computer Graphics in 1986 in Khairtabad. It was the first high end graphics workstation with Digital RGB Camers and also a Film Recorder to output the Digital Image onto 35 mm Film. Computer Graphics and Animation was possible with this infrastructure but the speed was very slow working on 386 and 286 model computers.”

In 2004, HDV format 1920x1080 pixels came into existence.  This meant a stunning rise of five times the resolution. Reddy then invested in a Liquid Pinnacle HDV Non Linear Editing Workstation and immediately jumped into the Production of Vegam.

“To  release it on screen  in the digital form, I had to digitise the Aaradhana theatre at Tarnaka.  Thus the first digital movie in the Telugu states was screened on April 6, marking the beginning of a new era in the movie industry.

Had the Censorboard given the censorship  in June  2006, we would have been the first HDV Movie in India and a feather in the cap for the Telugu People,” he looks back wistfully. Reddy received the Bharatmuni award from Kodanda Rami Reddy  in 2008.