Rockstar's GTA V now available for free download on Epic Game Store! This is what you need to do

Learn how to get the 'Premium Edition' of the 2013-released action-adventure game, which has sold over a 100 million copies legal copies, is now available for free, legally.

After 'Marvel Unlimited' making more comics available for free and Champions League TV releasing more highlights from the vault, it is now time from gamers to cherish the lockdown freebies.

Rockstar Games global superhit Grand Theft Auto V, popularly called 'GTA V' is now available for free on 'Epic Games'. The 2013-released action-adventure game, which has sold over a 100 million copies legal copies and recorded the highest revenue gross ever in history was revealed as Epic Games weekly release and will be available for free download until May 21.

The Premium Edition once downloaded from the website will be accessible to users forever with absolutely no payment is involved in the process. In addition, players also receive a cash bonus of $1,000,000 in GTA Online as part of the Criminal Enterprise Starter Pack.

Epic Games had made a plan to give away free games each week through 2020 - GTA V becoming the latest among these ''mystery releases''.

Soon after the surprise package was finally revealed, Epic Games experienced heavy traffic from game-buffs all over the world and crashed. The store came out with an explanation on Twitter, blaming the increased user footfall for the trouble. However, the platform was finally back online on Friday, after an eight-hour-long outage.

We are currently experiencing high traffic on the Epic Games Store.

We are aware that users may be encountering slow loading times, 500 errors, or launcher crashing at this time and we are actively working to scale. We'll provide an update as soon as we can.

We've deployed updates to provide resolution for these issues, and most users should be able to access the Epic Games Store and Launcher at this time. We'll continue to monitor traffic and provide updates if further issues are encountered. Thank you for your continued patience!

Downloading from Epic Games is really a piece of cake. GTA V is available for both Windows and MAC users. However, in order to get the game users to require Epic Game account and Epic Games Launcher.

Then, download Epic Games Store using the button on the top-right side which will initiate the file download. Install it on your system once the process is completed, launch and log in using your Epic Games credentials. 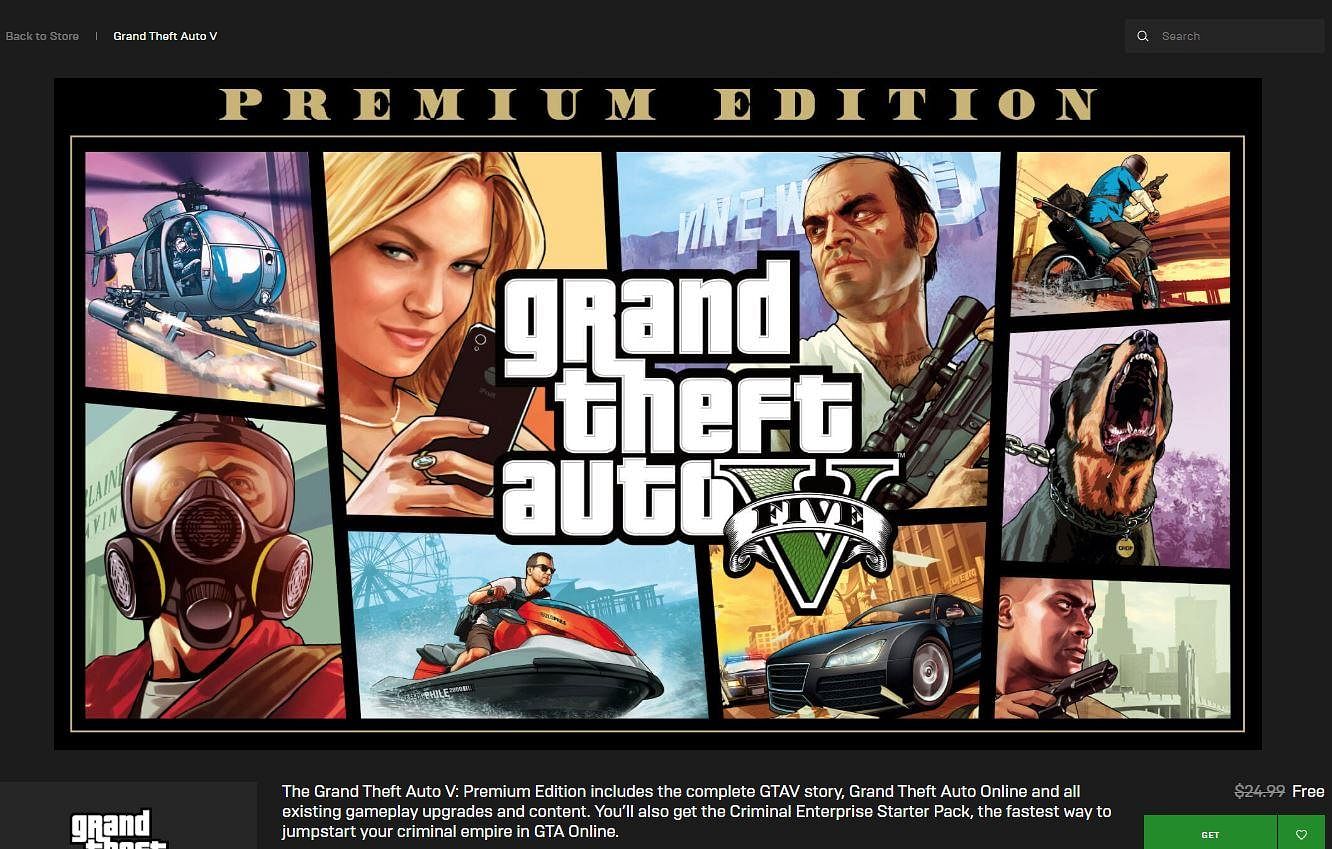 This will take you to the “Checkout” page where you can click the “Place Order” button towards the lower right area. After the purchase is complete,  you will receive a “THANK YOU!” message regarding the receipt. Now head to the “Library” section to install the game on the device.