Electric the way ahead as Railways looks to go green

The national transporter, with the transformation, will reduce its carbon footprint and also improve finances through reduction of investment on fuel.

NEW DELHI: The Cabinet Committee on Economic Affairs (CCEA) has approved the complete electrification of the Indian Railways to fulfil its goal of transporting the national transporter into green railways.

The national transporter, with the transformation, will reduce its carbon footprint and also improve finances through reduction of investment on fuel.

“The collaboration of Indian Railways with DFID will go a long way in ensuring self-sufficiency and efficiency in terms of energy and greener Indian Railways,” the ministry said in a statement.

Recently, Railway Minister Piyush Goyal had said that the deadline for the full electrification of railways has been set for the next three-four years. “Railways is continuously increasing electrification for a better, pollution-free future. The target of electrification of the entire railway in the next 3-4 years has been set, making it the world’s first carbon emission-free railway, along with that the railways are producing solar energy for their power needs,” he tweeted.

1.5 crore users used free Wi-fi at railway stations in the month of October
A total of 1.51 crore availed the free Wi-Fi facility at railway stations in October, data from the railway ministry revealed.According to the data, a total of 10,243 terabytes of data was used during the period bringing the average of 4.9 lakh users consuming around 330.4 terabytes of data per day. The data, which was presented in Parliament on Wednesday, stated that the minimum speed of internet offered at stations was 4 Mbps for the initial 30 minutes and 512 Mbps thereafter for an unlimited duration. “The offered speed is kept high enough to provide good initial experience. As of now, there are no plans to increase the download speed beyond the present levels,” the ministry said in the written reply. 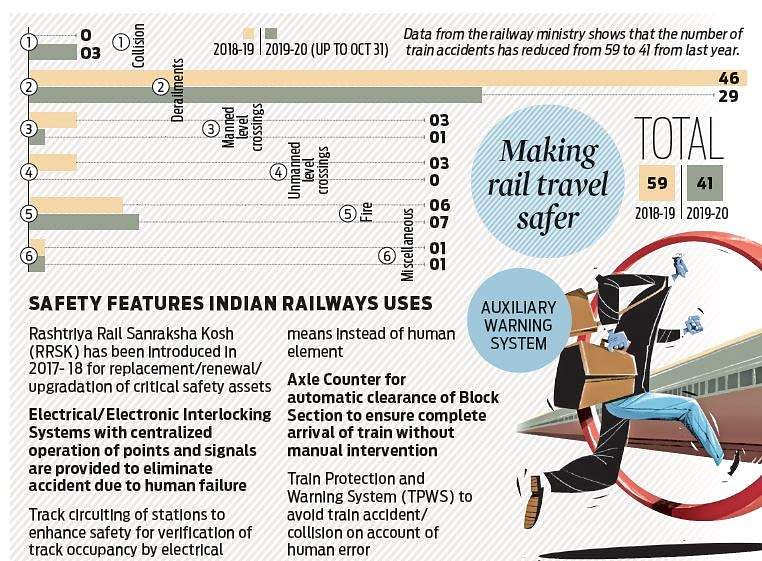 More from Nation.
Now we are on Telegram too. Follow us for updates
TAGS
Indian Railways Green energy