A man was killed in the heart of Guwahati after being attacked by a wild boar that ventured out from one of the hills in the city.

Man killed by wild boar in Guwahati
A man was killed in the heart of Guwahati after being attacked by a wild boar that ventured out from one of the hills in the city. The animal had attacked at least five people before it was killed by some people. An employee of the Assam Archaeology Department who succumbed to his injuries later. The boar had emerged at a place close to Guwahati Press Club. As it kept attacking people, the forest department was informed. But by the time its personnel arrived at the spot, the animal was killed. Locals had allegedly attacked the animal with sharp weapons and stones to kill it. 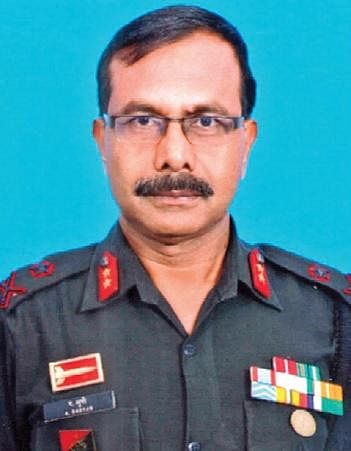 NIA court rejects activist Akhil Gogoi’s bail plea
Arrested Assam activist Akhil Gogoi continued to remain in judicial custody. Last week, a special court of the National Investigation Agency (NIA) rejected his bail plea. Gogoi was arrested in December last year in connection with a case pertaining to his alleged nexus with the CPI (Maoist). The NIA said the case pertains to a larger conspiracy hatched by the CPI (Maoist) wherein Gogoi and other accused conspired and incited acts preparatory to the commission of terrorist acts.  “The conspiracy included disrupting supplies and services…and causing damage and destruction to public and private property aimed at striking terror in a section of people. Gogoi and others have used the passage of the CAA Bill as an opportunity to promote enmity between different groups,” it said.

Army officer appointed NCC Northeast ADG
Major General Ananta Bhuyan, a resident of Assam, has been appointed as the ADG of National Cadet Corps, Northeast region. An alumnus of the Sainik School in Assam’s Goalpara and the National Defence Academy, Bhuyan was commissioned into the Kumaon Regiment of the Indian Army in 1983. He has had extensive operational experience in varied appointments in different parts of the country. He was one of the pioneers of Siachen Glacier. “As a brigade commander, he made immense contributions to counter-insurgency operations in Assam. He was conferred with an award of Sena Medal for his exceptional devotion to duty,” a defence statement stated.

IIT makes ‘meta-grid’ to boost LEDs
Researchers at the Indian Institute of Technology, Guwahati, and Imperial College, London, have developed a tailored “meta-grid” of nanoparticles that could make LEDs brighter, energy-efficient and durable. Meta-grid is a specifically patterned array (grid) of nanoparticles acting as metamaterials, capable of exhibiting extraordinary optical properties. An increase in LED light output would significantly reduce energy needs on a large scale. The meta-grid needs to be placed at an appropriate location within the epoxy casing of the LEDs, for improving light output from LEDs.