Five other candidates, including veteran Congress leader and former Madhya Pradesh chief minister Digvijaya Singh, have put themselves in the fray for three vacant RS seats.

Days after his shock switch to the saffron camp shook the Congress, Jyotiraditya Scindia filed his nomination for the Rajya Sabha as a BJP candidate on Friday. Five other candidates, including veteran Congress leader and former Madhya Pradesh chief minister Digvijaya Singh, have put themselves in the fray for three vacant RS seats from the state. 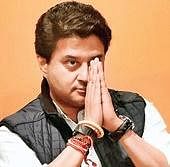 While Digvijaya filed his nomination on Thursday, another Congress candidate Phool Singh Barraiya entered the fray on Friday. The sixth candidate vying for an Upper House seat from the state is Ram Das Dahiwale.In West Bengal, former Trinamool MLA Dinesh Bajaj filed his nomination as an Independent on Friday. He is vying for an Upper House seat with support from the ruling Trinamool. While the Mamata Banerjee-led party has already nominated four candidates for the Rajya Sabha, the Congress and CPI(M), which fought the last Lok Sabha polls in alliance in the state, have jointly nominated former Kolkata mayor and CPI(M) veteran Bikash Ranjan Bhattacharya.

The battle lines have also been drawn for the three Upper House seats from Assam. There are three candidates in the fray — Bhubaneswar Kalita of BJP, Biswajit Daimary of BJP ally Bodoland People’s Front (BPF) and journalist Ajit Kumar Bhuyan, who is the consensus candidate of Opposition Congress and All India United Democratic Front (AIUDF). 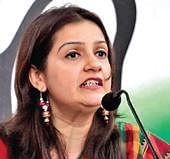 The 126-member Assam House now has an effective strength of 125 members following the death of a Congress MLA. BJP and its allies BPF and Asom Gana Parishad together have 87 MLAs and they should win two seats. Congress and AIUDF combine has 37 MLAs. Meanwhile, the fight for the second Rajya Sabha seat from Jharkhand became an intriguing one on Friday after BJP’s Deepak Prakash and Shahjada Anwar of the ruling alliance filed their nomination papers. Jharkhand Mukti Morcha (JMM) patriarch, who earlier filed nomination for the other seat, is being seen as a sure shot winner. In Maharashtra, senior Nationalist Congress Party (NCP) leader Faujiya Khan filed his nomination as the fourth Rajya Sabha candidate of the ruling Maha Vikas Aghadi on Friday.

Many Congress leaders have left the party in the past one year for various reasons. Here’s a look at where they are and how they are placed:

He had been feeling left out after being overlooked for chief ministership of MP. Denial of RS ticket compelled him to leave the Congress and join the BJP.

She joined the Shiv Sena after allegedly being denied a Lok Sabha poll ticket. Chaturvedi is the Sena pick for the Upper House.

He was allegedly miffed at the party for being replaced as Jharkhand Congress chief. He is currently the AAP spokesperson. Party sources say that he does not have a say in party affairs.

A close confidant of Congress president Sonia Gandhi, the Kerala leader quit after 20 years citing differences with party leadership over the Pulwama attack. He jumped ship to join the BJP.

The Odisha leader was the Congress chief whip in the Upper House. He quit the party to join the BJP over differences with the leadership.