Electricity will be given free if BJP retains Uttarakhand: Harak Singh Rawat

Uttarakhand Cabinet minister Harak Singh Rawat on Monday announced that electricity will be free for the people of the state if the BJP retains power next year.

The announcement is seen as a step to counter AAP chief Arvind Kejriwal’s announcement to provide 300 units of free electricity if the Aam Aadmi Party forms the government in the state. Meanwhile, Chief Minister Pushkar Singh Dhami said the government is already providing 24x7 power at “a very low cost.” 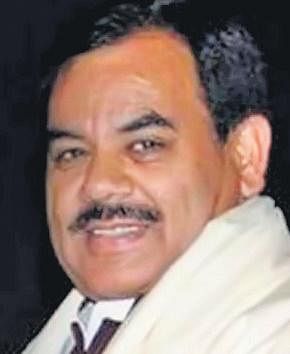 Earlier, on Sunday Kejriwal in his press conference in Dehradun had promised to provide free electricity to the farmers of Uttarakhand. “Today our farmers are the poorest. If we help our farmers, they  will have spare money for children and family. We have seen corruption in power bills. Pending dues, bills of electricity will be waived,”he had said. The promise of free electricity will cost around Rs 1,200 crore which can be easily done from the Rs 50,000-crore state budget, he had said.

The AAP has already announced to contest all 70 seats in Uttarakhand.The state election will be a keenly watched affair as Tirath Singh Rawat recently resigned as the chief minister less than four months after taking over in the state. Pushkar Singh Dhami then stepped in to fill the chair.

Now we are on Telegram too. Follow us for updates
TAGS
Harak Singh Rawat uttarakhand polls Uttarakhand BJP BJP