Alastair Co­ok: Last of his kind

At sixth spot, he is the youngest of the top 10 to say goodbye.

Speaking after having decided to retire, Alastair Cook didn’t forget to mention that a few gulps of beer before breaking the news to his teammates helped him “control” himself. Otherwise, he would have “cried more” than he “actually did”.

Nothing new. Careers have ended in tears, with the bubbly flowing. Just that it came from a player who built his game on selfcontrol to engrave his name on the wall of Test cricket’s mostprolific batsmen. Because instances of reaching those heights relying predominantly on perseverance and application are rare, the opener — nicknamed Chef — leaves a void difficult to fill. At 33, he is still to enter the phase most leading rungetters found profitable. 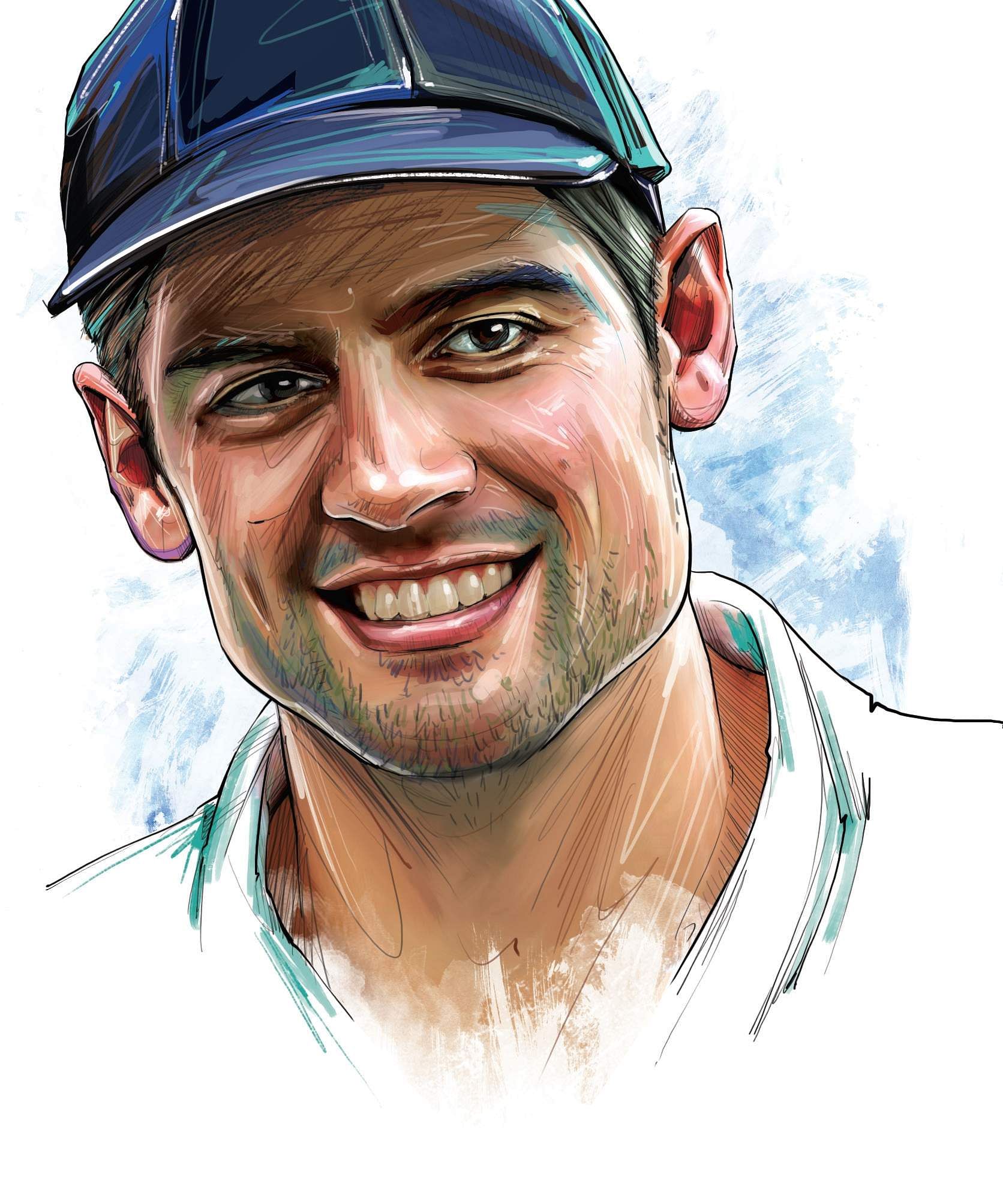 At sixth spot, he is the youngest of the top 10 to say goodbye. The five stalwarts ahead of him played an average of 55 Tests each after turning 33. Leaving out Sachin Tendulkar — who played 68 — that number is still 52. If this leads to the question why is he retiring, the job and the performer’s own assessment explains why not.

The only opener in the top 10 continues to be England’s best in the position, but he can’t keep recharging after a record 159 Tests without a break. Maintaining his level of surveillance is perhaps the most strenuous task in batting, and the only opener to have bettered Sunil Gavaskar’s mark of 125 Tests is feeling the stress. The impregnability that characterised him is waning. So, in spite of an acceptable mean score of about 39 in the last two years, Cook feels that he is done. “I had always been mentally tough and had that edge to everything I’ve done. That edge had kind of gone.”

From the start of Test cricket’s 141-year history, players with the ability to make the slightest scoring opportunities count have been hailed as heroes. What about someone who, given the slightest opportunity, does not play a shot? Tormented outside off in Australia in 2006-07, Cook went on to master the craft of leaving and used restraint as his tool.

Needless to say that he knew how to score and devised his own methods of grafting runs, this refusal to allow the bowler a whiff of a chance day in and day out was his hallmark. This sets him apart from the heavyweights who relied also on other qualities. It made him a misfit in the limited- over scheme of things, but doing what he thought was right — which was valued by his team — he constructed some modernday monuments.

Other than the third-longest occupation of crease in history — 4 minutes less than 14 hours for 263 vs Pakistan in Abu Dhabi — he scripted three more innings which lasted more than 10 hours. Six other times he spent over eight hours at the wicket. Twenty seven of his 32 centuries resulted in wins or draws. Other than copious amounts of patience and extreme powers of concentration, this unending vigil was aided by determination to stick to his mostly quiet guns.

When Chris Gayle and Virender Sehwag were redefining concepts, the player mentored by former England opener Graham Gooch went about reinventing age-old virtues. In a reverse manner, this too amounted to swimming against the tide, for it was choosing the opposite of what the world was embracing and paying more for. No wonder he cited losing mental toughness as a reason behind his decision, for his batting was about that. Not showing physical aggression or being loud, but telling yourself that what you are doing is not how the rest do it; you still have to do it because this is what you are best at.

“Other than patience, concentration, grit and other factors, understanding of his limitations,” said Wasim Jaffer of what defines the Essex left-hander. “He didn’t try to become who he’s not. Cook knew perfectly what he has, what works for him, and showed a great deal of determination and fighting spirit to make the best of his abilities,” he said.

“Because one has to play three formats, his type will disappear. I can’t think of another active player other than Cheteshwar Pujara with this kind of approach. This school of batsmanship will disappear,” said the former India opener known for similar traits, who is currently plying his trade in the Greater Manchester League.

Using basically the same tool throughout, Cook scored centuries in all the nine countries he played in. No opener has this distinction. Three of his five doubles came away from home, although in South Africa and New Zealand he made a lot less than his career average. Nevertheless, he was the hero in England’s celebrated series wins, in Australia after 24 years in 2010-11 and India after 27 years in 2012-13. Captain in the second, he scored three centuries on each of these trips, considered to be the toughest by the sides he represented.

The India series was a lesson for the home spinners, who were dominated by a batsman whose instinct was not to attack. Watchful and waiting, Cook also used the sweep shot, like Gooch in the 1987 World Cup, to defang their principal threats. Seldom in the last 20 years had Indian spinners appeared so ineffective against an individual in a home series that was eventually won by the visitors. “It’s difficult to find the right length when a batsman is sweeping so well,” recalled Harbhajan Singh, who was a part of the contest. “He’s one the best I’ve bowled against. May not be the best technique, but he has a strong mind, apart from dedication and preparation. It’ll be difficult to find another like him,” said the fifth-most successful spinner in history.

P.S.: It’s impossible to find a Cook in India. In a country fast discarding Test cricket, with a board projecting the IPL as the ultimate destination, the attributes he thrived on will have no marketability, and thus respect.

Stay up to date on all the latest Cricket news with The New Indian Express App. Download now
TAGS
Alastair Co­ok