Once the crowning glory of domestic cricket, Moin Ud Dowlah Gold Cup has lost its eminence over decades and was not held last year due to shortage of funds.

Once the crowning glory of domestic cricket, Moin Ud Dowlah Gold Cup has lost its eminence over decades and was not held last year due to shortage of funds. Vishal Vivek maps out the journey of the historic tournament, from the heydays under aristocratic patronage to its current state of decreptitude...

For a foreign sport to become part of dining-table discussions, it needs a lot of promotion, over a period of time. Seen in India today are the fruits of a tradition set in motion over a century ago. At the forefront of patronage of cricket those days were the many aristocrats of small, princely states. In the City of Pearls and in the South in general, a prominent name is Nawab Moin Ud Dowlah Bahadur (1890-1941).
He was a sports enthusiast. 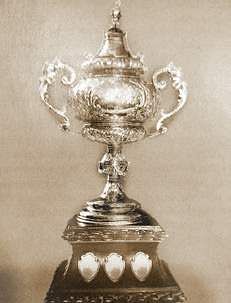 Horse-riding, tennis, billiards — he seemed to be into a lot of activities. It is said that he developed interest in cricket while watching inter-school matches at Nizam College and Hyderabad Public School (previously known as Jagirdar College). He would visit the grounds with his staff, in royal style. “One could find the Nawab seated in his custom-made Rolls Royce on the front seat with a couple of other cars bearing the members of his staff,” writes former first-class cricketer and veteran administrator PR Man Singh in Cricket Biryani — A History of Hyderabad Cricket.

Although he never played the game himself, the Nawab’s love for cricket intensified over the years. He was instrumental in launching in his own name an invitational tournament in 1931, one that went on to become an institution known as Moin Ud Dowlah Gold Cup.
It came three years before Ranji Trophy. The then 41-year-old Nawab bore all expenses of the teams from across the country, some with overseas legends. The first edition saw the English duo of Jack Hobbs and Herbert Sutcliffe as part of a Maharaja of Vizianagaram XI, which lifted the trophy at Gymkhana ground in Secunderabad.

However, Gold Cup was not the first tournament in the twin cities. There was Behram Ud Dowlah Trophy, which commenced in 1924. It was started and patronised by Behram Ud Dowlah (no relation to Moin Ud Dowlah), another member of nobility who did not play cricket, but fell for the charm of the game. “Even Nawab Moin Ud Dowlah used to field a team in this tournament before he went on to have his own competition,” says Man Singh. 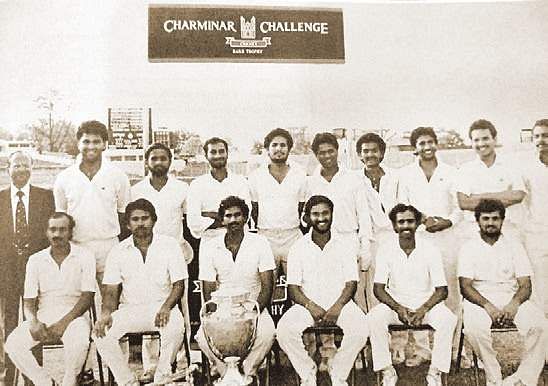 At that time in India, the biggest and most popular cricket tournament was the Bombay quadrangular played between teams representing Europeans, Muslims, Hindus and Parsis. The nobility used to fund the Muslim team. The tournament was stopped in 1931 following an appeal by Mahatma Gandhi, who said competitions like these fomented communal feelings. That’s when first-class cricketer SM Hadi — whom Man Singh calls Father of Hyderabad cricket — approached Moin Ud Dowlah with the idea of an all-India tournament, saying that fans had suddenly been deprived of a popular event. That’s how Gold Cup came into being.

The Gold Cup enjoyed first-class status till 1938. It was revived as a first-class event again in 1962, and had that tag for the last time in 1971. Talking about it in 2019, it will be difficult to estimate what this meant to cricket in the country, region and the city those days. Hyderabad’s watershed moment came in 1937, when they won their maiden Ranji Trophy title.

“Watching and playing against the best cricketers in the country had been instrumental in raising the standard of Hyderabad players,” Man Singh says in his book. The team became national champions once more (1986-87), and they have made just three other final appearances till date.

Post the advent of Ranji Trophy, the Gold Cup became more of a local affair, before being revived by Hyderabad Cricket Association (HCA) secretary Ghulam Ahmed in 1962. It was a springboard meant for youngsters who were eager to make a mark on the bigger stage.

Then, there is this story of a 19-year-old. “He made everyone stand up and take notice of his talent in this tournament in 1968. It had rained heavily the night before he went out to bat. On a wet wicket, he scored 80 and impressed everyone,” recalls Man Singh, who was captain of the Hyderabad Blues Cricket Club, one this youngster also played for. Next year, Gundappa Viswanath made his Test debut.

Gymkhana was the venue where it started. From 1962, matches were moved to Lal Bahadur Shastri Stadium. Shamianas, or tents, were constructed for the teams and spectators numbering in thousands. Leading India players were the star draws. Local players too made a name for themselves in what was effectively the premier domestic event before Ranji Trophy became more prominent.

One among those players was right-arm medium-pacer Devraj Devendraraj Govindraj. Between 1965 and 1971, he won the trophy thrice (twice for State Bank of India and once for Hyderabad XI). Led by Ajit Wadekar, SBI’s squad had in its ranks Bishan Singh Bedi, Hanumant Singh and VV Kumar.

Govindraj was selected for the historic 1971 tours of England and West Indies under the captaincy of Wadekar. As fate would have it, he did not get to play a Test in those triumphs, and his debut never came. However, he credits the Gold Cup for the recognition he got. “India selectors used to keep tabs on performance in Gold Cup. They used to watch the final each year. It played a huge role in me getting a ticket to those tours. Strangely, I made an impression with the bat as well, making two half-centuries. To play with and against so many stars even before I was selected for those trips was a surreal feeling.”

For former Hyderabad, Oxford University, Somerset and India batsman Abbas Ali Baig, what made the tournament popular was its uniqueness.

“There was no other event like it in the whole country. It was very attractive and exciting. That so many superstars played in each edition made it a big attraction. It also served as a great precursor to the domestic season,” Baig said from New Delhi, where he has been residing for years.

The event started losing its appeal in the ‘90s. If the rise of Ranji Trophy and other tournaments was one reason, difficulties in sustaining the Gold Cup was another. The kind of patronage that had helped it blossom had gone missing.

“The generations that came after the Nawab did not have the kind of passion required to keep it afloat,” Man Singh opines. It was remodelled into a one-day competition in 1992. The format has kept changing since. The last edition, held in 2017, was a limited-over affair that was won by HCA XI. It continues to attract a few India players even these days, although it has ceased to be of any importance in the domestic calendar.

One of the factors attributed to that is the lack of monetary incentives for players. “It was a corporate event where employers with big names on their rosters would send their best teams. Nowadays, it is mostly state-association teams. They are not as strong as their respective Ranji Trophy sides,” feels Man Singh, the manager of India’s World Cup team in 1983 who has also served HCA as joint-secretary (1964-75) and secretary (1976-92).

There were days when Hyderabad used to have cricketers in line for an India cap. Those days are lost in the sands of time. The last to play a Test was Pragyan Ojha (Hanuma Vihari got his cap after he had shifted to Andhra Cricket Association), who was dropped after taking a ten-for in Sachin Tendulkar’s farewell match in late 2013.

The HCA administration has been embroiled in one controversy after the other. Financial crisis despite receiving funds from BCCI has damaged reputations. In its audit report, Deloitte has accused the state body of financial irregularities. In the recent past, there have been instances of selectors quitting after differences with office-bearers. As a result of infighting, HCA teams were debarred from participating in a tournament last year, when two factions had sent separate squads.

Last season, HCA did not have funds to conduct the Gold Cup. In 2010-11, the Hyderabad team recorded the lowest ever total in Ranji Trophy history: 21 against Rajasthan.

After coming to power in March 2017, officials had promised stringent measures to bring back the glory days. Instability on that front has coincided with the state team’s mediocre performance. Hyderabad has shown spurts of toughness in the last three seasons, but is still a long way from being considered a strong side.

Now we are on Telegram too. Follow us for updates
TAGS
Moin Ud Dowlah Gold Cup Hyderabad GR Viswanath