Having encountered a fate that mirrors a movie, Ivory Coast player Troare Muhammad finds himself penniless and stranded

KOCHI: The tale of footballer Troare Muhammad seems straight out of the 2018 movie ‘Sudani from Nigeria’. Like its protagonist Samuel, Troare, also called Hussain, flew down to Kerala from Ivory Coast for six months in January hoping to play at least 100 Sevens matches before returning to Abidjan in June when the season gets over. But Covid struck, derailing his plans, leaving him penniless and at the mercy of people at Pallarimangalam panchayat in the district.

Today, Troare stays in a rented room at Adivadu in Pallarimangalam. He has no money to buy a plane ticket which would cost at least Rs 70,000 to fly back to Abidjan. “Right now, the fare is more than Rs 70,000. The only route available now is Kochi-Dubai-Ethiopia-Ivory Coast. My family survives with this income. It would be heartbreaking to return home empty-handed,” says Troare in broken English. 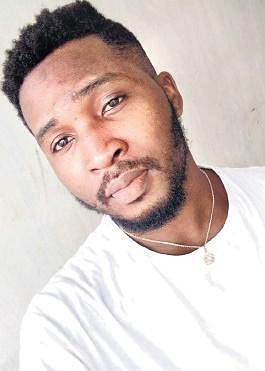 Pallarimangalam panchayat is doing everything it can. Nizamol Ismayil, vice-president of the panchayat, says they pooled in the maximum amount they can. “We collected almost half the fare. Pallarimangalam is a cash-strapped panchayat. We had to help many who needed medical attention. Due to Covid, people have no income. How can we ask them to contribute more?” says Nizamol.

This is 19-year-old Troare’s third stint in India. “The last two times were fruitful. He played over 100 matches last time. This is their means of income. Young men like Troare fly down to Kolkata and Kerala every year hoping to make money for their families who live in abject poverty back home. Having spent almost a year here, how can we let him go back with nothing in his hand. The whole family will be waiting for his return,” says Hakeem Muhammed, sports organiser of Hero Youngs Club and Reading Room at Adivadu, which brought him to Kerala.

According to Hakeem, a lot of players are stuck in similar situations in and around Kozhikode. “But their situation is better as fans and clubs have more funds and help players out. Ours is a small club and not many are aware of this situation. We hope somebody would come forward to help this young man,” adds Hakeem.

At present, Hakeem provides for Troare, who cooks for himself. But, being a player, the meagre provisions won’t suffice for his high-calorie diet. “We don’t know for how long this can continue,” says Hakeem.
Thos willing to extend help can contact club members at 97463 16168 (Mansoor K M).